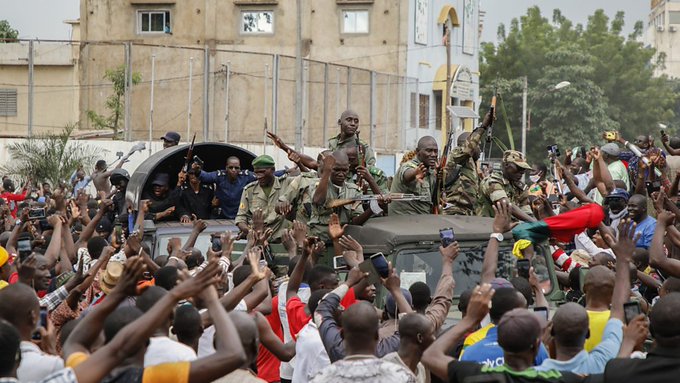 During the first decade of the century, West Africa recorded a level of political stability that made central and Northern Africa green with envy. This was after a disastrous end to the last century. The First Liberian War which began in 1989 with Samuel Doe’s action to remove a democratically elected government, ended with ECOWAS intervention in 1997, erupted again in 1999, but finally ended in 2004. The Sierra Leonean conflict that erupted in 1991 as a result of complications from conflict in next door Liberia owing to Charles Taylor’s ambitions had ended two years earlier in 2002. The eight years that followed up till 2010, saw the sub-region spared the colourful crises that marked its violent late 90s history. Then things began to go south. In Côte D’Ivoire, President Alhassane Ouatarra assumed office in 2010 after an ECOWAS led intervention in partnership with France removed a stubborn Laurent Gbagbo, whose refusal to leave office following a rigged election which he allegedly won sparked a crisis that led to the death of hundreds of Ivorians, threatening a Civil War. Ouatarra turned around just ten years later in 2020 to declare for a third term run despite the crisis that brought him to power being fresh in the memories of many.

In the Gambia, the story is no different. Adama Barrow who came into office in similar circumstances as the Ivorian example has sought to follow in the footsteps of his predecessor Yahaya Jammeh which the international community laboured so hard to get out. In January this year, hundreds of Gambians came out to protest Barrow’s decision to stay on as president for five years instead of the three he had earlier promised. The so-called3 years JOTNA movement demanded that Barrow resign. Soon after, Barrow’s government banned the protest movement accusing it of subversion, violence and illegal activities. Radio stations were shut and reporters were attacked.

In Burkina Faso, a coup brought about a chain of events that culminated into an Islamist terror uprising championed by Ansarul Islam, the Group for the Support of Islam and Muslims (GSIM) and Islamic State in the Greater Sahara (ISGS) that has killed hundreds and left hundred of thousands homeless. As a matter of fact, in the Western Sahel– Mauritania, Mali, Burkina Faso, Niger, and Chad–the  insurgent movement is marked by increased inter-militant competition and intensified violence. Propelled by the West African affiliate of the Islamic State( Islamic State West Africa Province), the conflict in the Lake Chad area is continuing to bleed across state borders and threatens to compound with other regional conflicts such as the insecurity in North Western Nigeria.

Unfortunately, the ruling elites of the countries in the region appear not to have not learnt anything from the past. Through mismanagement of the goodwill that followed the crisis years, years of economic stagnation, negative politics, corruption and lack of investment in the development of the young population has threatened to wipe any progress made up from the carpet. Liberia’s progressive constitutional changes of government from Ellen Johnson Sirleaf to George Weah might seem like a shining example in a sea of many thorns, but even that has not been without mounting concerns, as President Weah in June 2018 twice submitted to the Legislature a bill to decriminalise speech offences and create a free media environment in Liberia.

But nowhere have these examples gotten to a head more than in Mali where the results have seen the worst dimensions possible– a Civil War to break away Northern Mali (Azawad) by Tuareg rebels and two military coups in eight years (2012 and 2020). President Ibrahim Boubackar Keita who won the elections that followed the 2012 conflict fell in the same pit his counterparts in other countries did. Rampant corruption followed his rule and refusal to respect deomcratic principles in a country believed to still be under the influence of the military who have somewhat lurked in the background even after democratic elections in 2013 has served to be his undoing. The conflict that arose with the parliamentary elections and constitutional courts are results of pent up anger and frustrations arising from misrule. The military striking to take power following the standoff between Keita and the opposition is hardly surprising. West African leaders have immersed themselves in the thought that coups belonged in the past, and have terribly gambled with people’s patience in their quest to abuse office and mismanage resources. From 2010, the signs have showed that this impunity would not hold for too long. Burkina Faso showed that in 2013 with the ousting of President Blaise Compaore. And even when a coup does not take place, an even worse event happens–Islamist insurgencies encouraged by foreign, well established international terror networks looking for fertile grounds to exploit and recruit.

Nigeria, being the largest of the countries in the region has fared almost as badly as others. A thoroughly mismanaged Boko Haram insurgency in the North East has inspired militia groups in various parts of the country looking to challenge Abuja for sovereign and territorial control. The Nigerian government has not just lost control of its borders (not just its northern border, but also its coastlines especially the Gulf of Guinea which sea pirates have colonised as their economic sphere of influence), it is also losing control over much of its territory as non state actors are gradually taking up government roles such as taxation and administration of justice in areas they now control (because how can you explain away the consistent breach of a curfew in Southern Kaduna for example?). Nowhere is this more evident than in game reserves and forest communities which non-state actors use as their staging areas, growing powerful enough to use a general purpose machine gun to take down a police helicopter.

About half a century after gaining independence, not even the promise of a certain Economic Community of West African States has translated into  better economic and living conditions for the people. Turning ECOWAS into a “boys’ tea club” just like the Organization of African Unity has served to ensure that this incompetence within their circles has gone unchecked as well as overlooked. It takes more than achieving a 90 day visa free stay within the community. If the perks that have come against a fruitful achievement of a single currency arising out of the inability of most of its member states to meet their economic targets are anything to go by, it is even a more indicting pointer to the fact that the relative stability the region has enjoyed for nearly a decade or two has hardly translated into things that could serve as a buffer against vices that are attractive to Islamist militants to recruit.