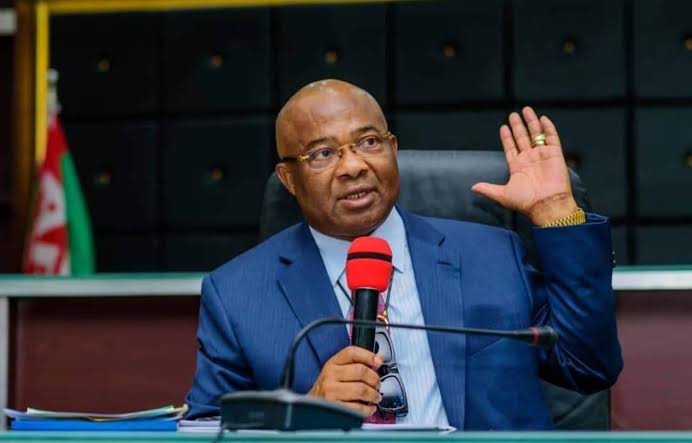 According to The WHISTLER in Owerri, the governor was on his way to Obinze for an official assignment when he was attacked.

A statement by the Imo State Police Command, signed by its PPRO, SP Orlando Godson Ikeokwu, said that the incident occurred at about 1130hrs, adding that the group attacked the vehicles in the convoy with a locally made pistol and machetes around the Concord area of New Owerri.

According to the statement,  “In the process, windscreens of some of the vehicles in the convoy were smashed and the vehicles damaged. Patrol teams in Owerri Metropolis were mobilized to the scene and fifteen persons were arrested with one locally made pistol, two machetes, one masquerade facemask, a chain and a padlock. The governor’s security aides exercised a lot of restraint to avert bloodshed in the situation.”

It added that the arrested suspects had been handed over to state CID for discreet investigations and warned members of the public not to take laws into their hands.

The police also advised the public to report any genuine grievances to the police, rather than resort to self-help as the police would not tolerate any form of lawlessness within the state.

Related Topics:Hope Uzodinma
Up Next