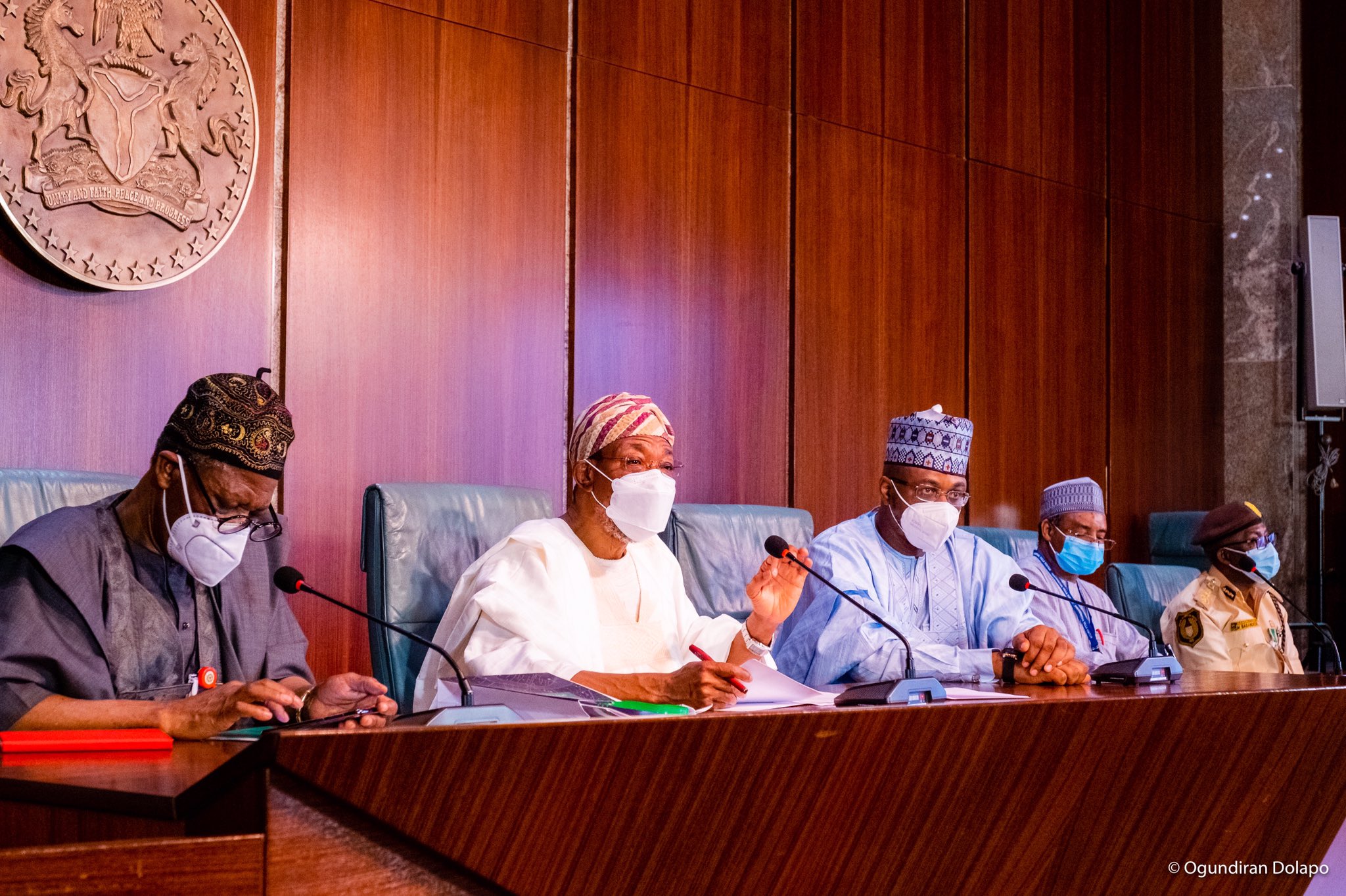 The Committee on Citizens Data Management and Harmonisation has concluded its assignment and substantially addressed the concerns of the United States on citizen data that led to its imposition of visa ban on Nigerians.

The Committee, in its report, also urged the Federal Government to establish a National DNA data bank, testing laboratories and Data collection structures and formations across the federation.

It said this was to support the national security architecture with the view to finding lasting solutions to the security challenges in the country.

Mr Mohammed Manga, the Director, Press and Public Relations of the Ministry of Interior, made this known in a statement in Abuja.

Manga said the Minister of Interior and Chairman of the Presidential Committee, Ogbeni Rauf Aregbesola, disclosed this at the State House, Abuja, when he presented the report of the Committee to President Muhammadu Buhari.

The statement quoted the minister as saying that out of the six areas raised by the United States, two have been fully met, two substantially met while work is ongoing on the remaining two.

According to Aregbesola, Nigeria has substantially provided information on travellers identity except data on Emergency Travel Certificates for Nigerians being repatriated.

He added that information on 145,695 lost and stolen Passports had been transmitted to the INTERPOL Database as at 31st May, 2020, following the intervention of the Committee.

“In addition, the Nigeria Immigration Service has now acquired the capability to directly transmit information on Lost and Stolen Passports to the INTERPOL Headquarters in Lyon which was one of the key demands of the United States,” he said.

Aregbesola further said that the committee recommended the setting up of a Criminal Information Management System to include the establishment of a Data Fusion Centre fashioned after the INTERPOL model for pooling of crime data.

It also called for a National Criminal DNA Laboratory with the Nigerian Police Force as the co-ordinating agency.

This, according to him, is to be complemented by an industrialised standard procedure for the collection of DNA samples of all suspected criminals in government crime control and custodial facilities to aid criminal investigation and administration of criminal justice in the country.

The minister said the committee recommended that Federal Government should issue an Executive Order that would provide for the exclusive collection of biometric data by NIMC and its Licensees.

It also recommended exclusive storage of Biometric data in the National identity Database and the discontinuance of biometric data storage of new registration by all agencies and institutions in Nigeria.

It also suggested mandatory use of the NIN by all Mobile Network Operations (MNOs) for issuance of Subscriber Identification Module (SIM) with effect from June 30, 2021, subject to the issuance of NIN by NIMC to at least 80 per cent of the population, with NIN as a unique identifier for all public servants.

The minister added that the committee recommended the need for the National Population Commission to commence the digital birth, death and other vital registrations (marriage, divorce, adoption, etc), at all hospitals and designated NPC offices in all federal wards.

It also recommended integration of the National Identity Database (NIDB) with all agencies capturing identity data directed to commence full enforcement of NIN as a requirement for accessing their services.

The News Agency of Nigeria (NAN) reports that following the temporary visa restrictions placed on Nigerian citizens on January 31, 2020 by the United States Government, President Muhammadu Buhari constituted an 18-member Committee on Citizen Data Management and Harmonisation on Feb. 3, 2020.

Related Topics:US travel ban
Up Next