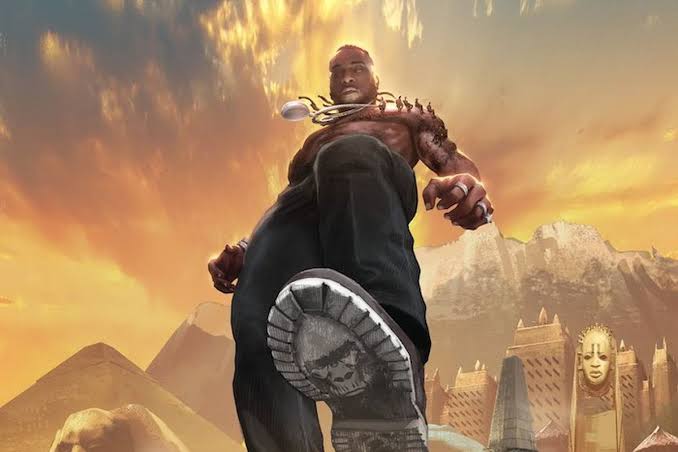 Whilst he pointedly addressed Nigeria’s colonial history and inveterate corruption in his last album ‘African Giant’, the “Twice as Tall” album sees Burna Boy make music as a citizen of the world, lashing out at racism, exploitation and the general widespread fallacies about Africa.

Most of the songs on this album stand out. “Level Up,” is the brooding-to-triumphant song that opens the “Twice as Tall’’ album. Not only does it celebrate Burna Boy’s own achievements, it also notes life’s harsh realities in the lyrics: “Some of my guys might never see the sun/some of them still peddle drugs.”

‘’Time flies’’ featuring Sauti Sol is a heavenly reminder of simpler times. The melodic arrangement of the Nigerian vernacular and Swahili in this song, appended to the beautiful vocal variety of the Kenyan group Sauti Sol, gives this track a guileless intimacy, fervency, soul and depth.

In the poignant song “The Monsters You Made,” Burna exposes an indictment of miseducation, historical injustice and systemic racism, delivered in clear English with mounting fury. Burna says: “That song comes from a lot of anger and pain and me having to witness firsthand what my people go through and how my people see themselves. I see how many people are deceived and confused. I just try to blend all of that in and make it understood that we’re all going through the same problems. We just speak different languages.

Fondly called the African Giant, Burna Boy speaks pensively: ’’Music is a spiritual thing. I’ve never picked up a pen and paper and written down a song in my life. It all just comes, like someone is standing there and telling me what to say. It’s all according to the spirits. Some of us are put on this earth to do what we do.”

It is clear that the Afrofusion pioneer Burna Boy is on a mission to engage the spirits, provoke insight into his music and inspire us to a full tank in a delirium of musical savour, but most importantly, Burna Boy’s fifth studio album is an evolution, an adhesive which makes the Afrofusion star’s music a touchstone to everything he believes and stands for. In his words, “Twice As Tall is the album about a period of time in my life. It’s the album about the struggle for freedom. It’s the album about life in general, real life, good times, bad times, happy times, sad times, great times.

“Alongside the album, Burna Boy has also introduced his official comic book “The Secret Flame.” Narrated by his grandfather Benson Idonije (veteran broadcaster/journalist/music critic and former band manager of the legendary Fela Kuti), the animated comic, available here, follows Burna Boy through a spiritual journey of discovering oneself while highlighting the very moments that brought him to where he’s standing tall today

Related Topics:Burna Boy
Up Next