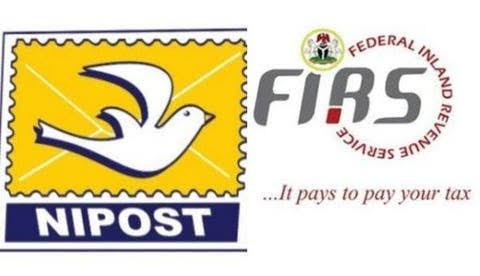 The row started when Maimuna Abubakar, the Board Chairman of NIPOST, said ; “NIPOST are the sole custodians of national stamps, another agency printing and selling stamps is against the law of the land.”

In a tweet thread, Abubakar buttressed her claim thus;

“NIPOST is the only agency charged with the responsibility of producing adhesive stamp and revenue for purchase of such adhesive stamp accrues to NIPOST and no other agency. See NIPOST for clarification

However the payment of stamp duties as may be assessed made to FIRS being a government agency charged with the responsibility of collecting taxes.

“There is no confusion, tax is ad-valorem (in percentage) while N50 is the cost of NIPOST stamp.

According to Abubakar, NIPOST “had generated over N60b in NIPOST CBN account for the Federal Government.”

Abubakar also claimed the agency (FIRS) “stole” NIPOST mandate by infringing into their domain of operation. She also stated FIRS not only stole their mandate but also their ideas,

“I am worried for NIPOST, having sleepless night because of NIPOST, we need the general public to come to our aid, FIRS stole our mandate.

FIRS are now selling stamps instead of buying from us. What is happening, are we expected to keep quite and let FIRS kill and bury NIPOST? We need to get our mandate back.”

“NIPOST are the sole custodians of national stamps, another agency printing and selling stamps is against the law of the land.

“FIRS did not only steal our stamps but also our ideas, what NIPOST had worked for since 2016, our documents, patent and sneaked everything into finance bill and tactically removed the name of NIPOST

“I like to make this clear, NIPOST is the only agency charged with the responsibility of producing adhesive stamps and revenue for the for the purchase of such stamp accrues to NIPOST

“There is no where in FIRS act or stamp duty act where it’s so stated that FIRS can produce stamp or sale stamp.” she tweeted

Responding to her tweets, FIRS through its Director Communication and Liaison Officer, Abdullahi Ismaila Ahmad wrote his own thread;