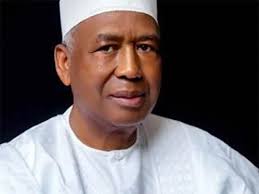 The Newspapers’ Proprietors Association of Nigeria (NPAN), Nigeria Guild of Editors (NGE) and the Nigerian Union of Journalists (NUJ) have named the newly built Nigerian Institute of Journalism (NIJ) house in Lagos after Isa Funtua.

Funtua, a life patron of NPAN, died on Monday and was buried at the Gudu cemetery in the federal capital territory (FCT).

Funeral prayers were held for the deceased at the Shehu Shagari central mosque at Area 1.

In a statement on Wednesday, Nduka Obaigbena, NPAN president, said Funtua’s contributions to the development of journalism in the country are “innumerable.”

“For his untiring contributions to the development of Journalism and Freedom of the Press in Nigeria and around the world, it is the privilege of the Nigerian Press Organisation – Newspapers’ Proprietors Association of Nigeria (NPAN) Nigerian Guild of Editors (NGE) and The Nigerian Union of Journalists (NUJ) -to name the newly rebuilt Nigerian Institute of Journalism House, Adeyemo Alakija Street, Victoria Island, Lagos as ISMAILA ISA HOUSE to honour the life and times of Mallam Ismaila Isa Funtua, OFR, Mni , who died on Monday July 20,2020 after a life of dedicated service to Nigeria that spanned politics, business and media,” he said.

“His contributions to the development of journalism is innumerable: including, but not limited to his co-founding of Democrat Newspapers; presidency of the NPAN at a time of national crises, and later a life patron; services to the international Press Institute where he served on the global board; contributions to journalism education as Chairman of the Governing Council of the Nigerian Institute of Journalism, ETC, ETC.