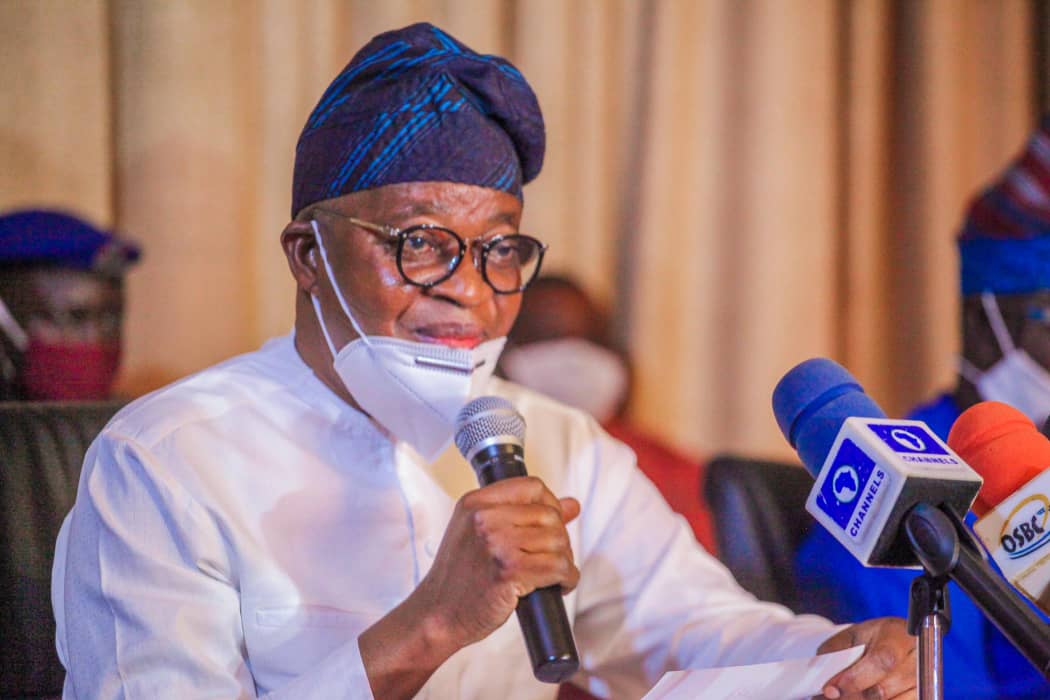 The Osun State House of Assembly on Tuesday received a letter from Governor Gboyega Oyetola requesting for an amendment of the state 2020 Appropriation Bill, reducing the budget of the state from N119. 55 billion to N82.22 billion.

Reading the letter at the plenary session, the Speaker of the Assembly, Timothy Owoeye, said the governor explained that the reduction in budget was due to the effect of COVID-19 on the global economy, which equally affected the federal government allocation and the state revenue.

He said N9.4 billion of the revised amendment (which makes 11 and a half per cent) would be spent and dedicated to fighting COVID-19 and the post-COVID-19 pandemic effects in the state.

Mr Oyetola said the amendment was based on reality and implored the lawmakers not to give attention to any state ministry, agency or department that wanted any upward adjustment of its budget.

The amendment bill was passed by the lawmakers for first and second readings and the policy trust of the bill was equally read.

The lawmakers unanimously said the bill be given accelerated passage, because of the reality of the coronavirus on the state and the world economy.

The speaker said the amendment was a 35 per cent reduction in the 2020 Appropriation Bill, saying the dedication of part of the budget to fighting COVID-19 and post-COVID-19 effects was laudable as many businesses had been affected and crippled by the global pandemic.

In another letter received by the assembly, the governor asked for the confirmation of the appointments of Isa Aderibigbe, a retired brigadier-general, as the Chairman of the Osun Security Network and Amotekun Corps Governing Board and Bashir Aderinbi, a brigadier general, as the Corps Commandant.

Related Topics:Osun State
Up Next

Kaduna killings are motivated by revenge and politics – Presidency