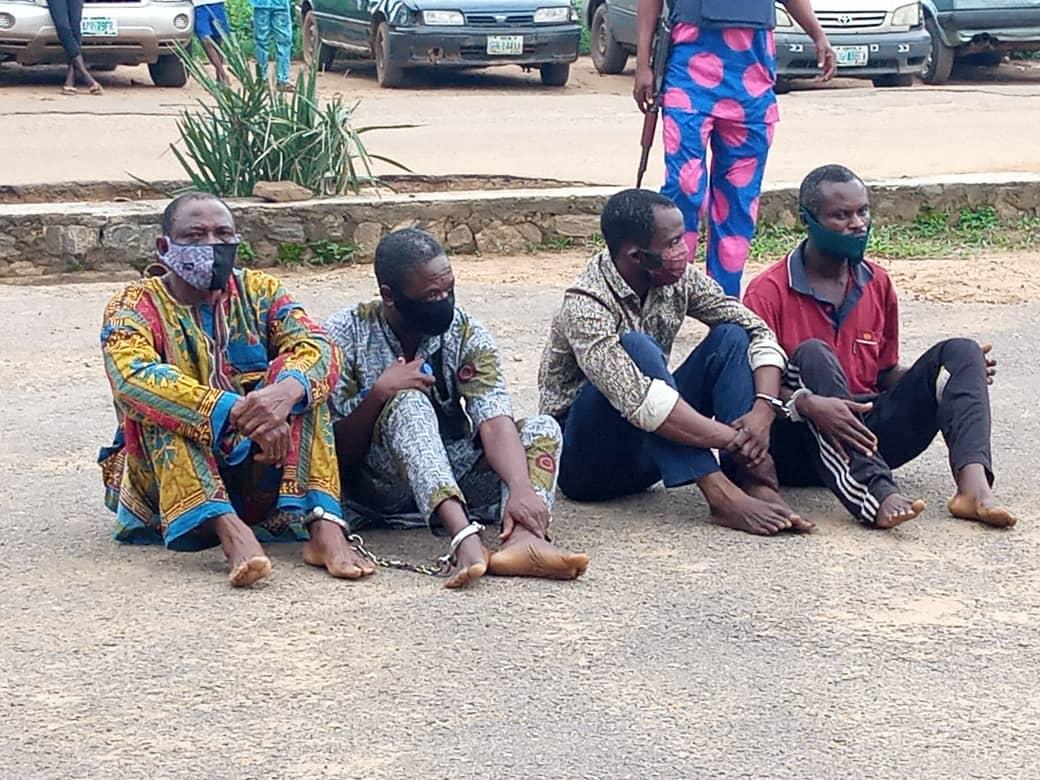 The Oyo State Police Command, on Friday, has arrested and paraded the suspects behind the series of killings in Moniya, Akinyele Area of the State in south west Nigeria.

There have been series of killings in the area in recent times.

Three persons, including Sunday Sodipo (19); Adedokun Ajani (50), a herbalist and Shehu Usman (20), were paraded as the alleged masterminds of the crimes.

According to the police, Sodipo while being interrogated, confessed to have been working on the instruction of his herbalist (Ajani) to perpetrate the series of killings but was not sure of what the herbalist did with the corpses.

He allegedly confessed that his mode of operation was to strike his victims with a shovel and utter some incantations taught him by the herbalist to successfully carry out the crime and escape unhurt.

Although, Ajani (herbalist) said Sodipo was brought to him to learn, he denied knowledge of the series of killings or sending the serial killer, as alleged.

Some of the victims of the killings include, Wasilat Adeola at Aba Oyo Area on April 27th; Bello Barakat, 18, at Oloro Area; Grace Oshiagwu, 21,at Idi Ori and Mojeed Tirimisiyu, 5, at Tose, Moniya Area.

His alleged last operation was carried out on 29th June where he brutally attacked a woman, Adeola Azeez, 45, and her daughter, Oyeyemi Dolapo, 23, with a hand shovel after entering the apartment through the ceiling.