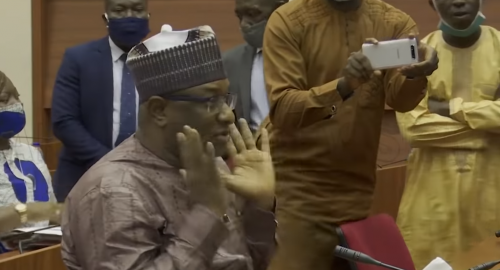 The federal government has kicked off the special public works programme suspended by the national assembly.

The National Assembly had announced the suspension of the Special Public Works programme under the National Directorate of Employment to cushion the effect of COVID-19 pandemic.

But the government announced the take-off via its official Twitter handle on Tuesday.

The programme, which is coordinated by the ministry of labour and employment, was approved by President Muhammadu Buhari as a part of the fiscal stimulus measures in response to the COVID-19 pandemic.

A total of 1,000 Nigerians from each of the 774 local government areas will be engaged in the programme coordinated by constituted state committees.

“The State Selection Committees have been inaugurated and have commenced work,” the federal government said via its Twitter handle.

NewsWireNGR recalls that Mr Keyamo, who had appeared at an interactive session organised by the joint committee, opposed a resolution of the committee to resolve into a closed door session.

In a joint statement signed by spokespersons for both chambers of the National Assembly, Senator Ajibola Basiru and Hon. Benjamin O. Kalu, the lawmakers also invited the Minister of Labour and Employment, Chris Ngige, for explanations.

The lawmakers said that it was within their constitutional right as representatives of the people to know the process of public workers engagement by the government.

The statement reads, “Implementation of the 774,000 public works to be put on hold until implementation modalities explained to NASS.