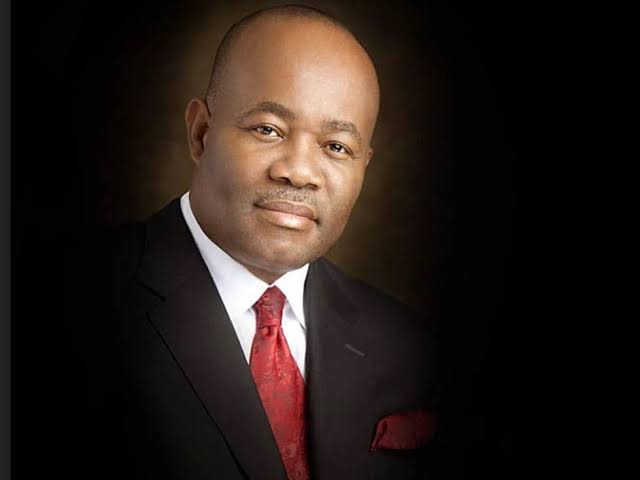 In an interview with Arise TV on Monday, July 13, Nunieh said she slapped Akpabio in his Abuja home for allegedly sexually harassing her.

Recall that Akpabio in an earlier interview, made sexist and misogynist comments about Nunieh, while accusing her of “insurbodination, failing to respond to official memos as well as lacking the requisite qualifications for heading a high office like the headship of the NDDC, including not being able to present NYSC certificate.”

Responding to Akpabio’s comments on TV, Nunieh alleged that Akpabio always scheduled official meetings for private residences ‘ because he had a plan B’.

Pressed by the programme anchors to explain what the plan B was about, Nunieh admitted that she slapped the minister for sexually harassing her.

She also explained that she failed to respond to most of the memos, which Akpabio termed insurbodination, because they were frivolous and written by people under the minister who did not have such rights to carry out official communication with her office.

The former NDDC boss further alleged that she was pressured by the minister to take an oath of allegiance, which she declined, thereby further souring their official relationship.

Godswill Akpabio, a minister under the current administration, has been accused of fraud and other activities. The minister is implicated in the ongoing Senate probe of the commission over mismanagement of N40 billion