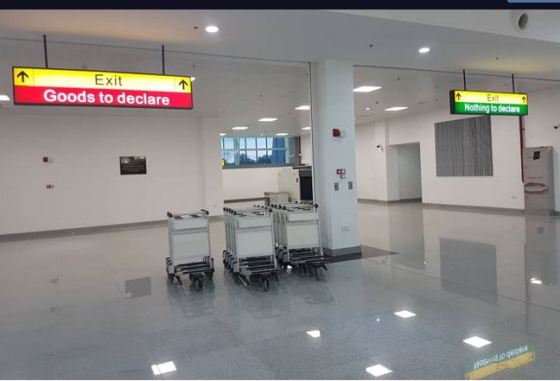 Domestic flights have resumed at the local wing of Port Harcourt International Airport, Rivers State, the Federal Airports Authority of Nigeria has said while restating commitment towards ensuring safe operations amid the pandemic.

Regional Manager, South-South and South-East, FAAN, Abayomi Akinbinu, said this on Saturday at the airport during the arrival of the first flight since March.

Commenting on safety protocols at the airport, Akinbinu said, “To the best of my understanding, I think I’m satisfied with our adherence to safety tips but there could be a few protocols that we need to adjust especially in the area of adherence to the physical distancing rule.

“Our markings of 1.5 metres apart are visibly on the floor, but maybe because of excitement it’s not being properly followed; so we need to make quick enforcement in that regard.”

“On the departure section, we are gradually getting more passengers and I believe that going forward passenger turnout is going to increase.

“My message to prospective passengers is that the Port Harcourt International Airport terminal is safe,” he added.

Head of Aviation Medical Clinic at the airport, Nuhu Mwabi, also said the Port Health Services have been conducting mandatory temperature checks on both service providers and passengers before allowing them into the terminal building.