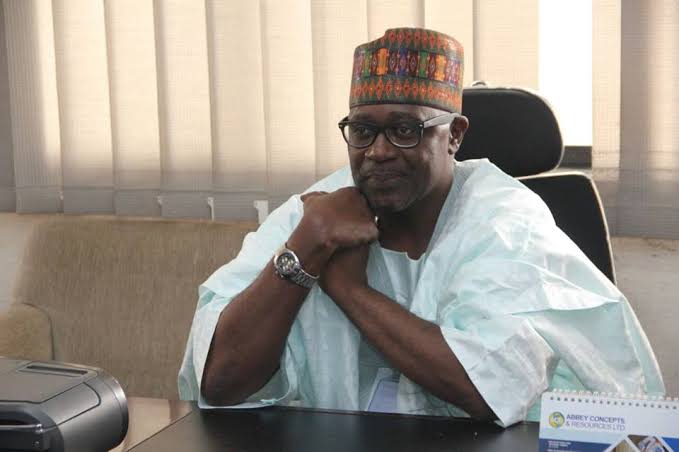 The anti-graft agency, ICPC, on Wednesday, re-arraigned the suspended Director-General of the National Broadcasting Commission (NBC), Moddibo Kawu, on a five-count charge bordering on fraud and abuse of office.

Kawu was re-arraigned alongside two other defendants, Dipo Onifade and Pinnacle Communications Limited, due to an amendment to the earlier 12-count charge preferred against them.

The prosecution lawyer, Henry Emore, told the court that the amendment was sequel to the court’s directive to remove one of the defendant’s name, Lucky Omoluwa, who was dead.

When the charge was read to the two defendants, they pleaded not guilty just as a not guilty plea was entered for Pinnacle Communications.

Following this, Emore informed the court that besides the re-arraignment, the defendants were meant to open their defence today.

Kawu’s lawyer, Adetayo Adeyemo, however, told the court that his client had filed an application for stay of proceedings in view of the court’s ruling on his no-case submission.

Adeyemo said his client had filed an appeal in respect to the ruling which was currently pending at the Court of Appeal.

Similarly, Pinnacle Communications’ lawyer, Abayomi Oyelola, told the court that he had also filed a similar application in view of the ruling on the no-case submission delivered by the court.

On his part, Onifade’s lawyer, Alex Iziyon, told the court that his client had filed an application challenging provisions of Section 306 of the Administration of Criminal Justice Act, (ACJA).

Emore told the court that he needed at least two weeks to reply to all the applications.

After listening to all lawyers in the matter, Justice Folasade Giwa-Ogunbanjo adjourned the matter to September 28, adding that the court would commence its annual vacation on July, 13.

Kawu and the other defendants are standing trial for abuse of office, money laundering and misleading a public officer with the intent to defraud the federal government.

According to the ICPC, the offences contravened Section 26 (1) (c) of the Corrupt Practices and Other Related Offences Act, 2000 and are punishable under Section 19 of the same law.

Information Minister, Lai Mohammed, was also briefly interrogated by the ICPC over the matter.

Kawu allegedly asked Mohammed to approve payment of N2.5 billion to Pinnacle Communications Ltd owned by Omoluwa as “Seed Grant” under the Digital Switch-Over Programme of the federal government.

Newsmen reported how Mohammed had told anti-graft investigators that he approved the payment based on “expert advice he received from the NBC.”

The anti-graft agency then charged Kawu for allegedly ‘deceiving’ Mohammed to sign the deal.