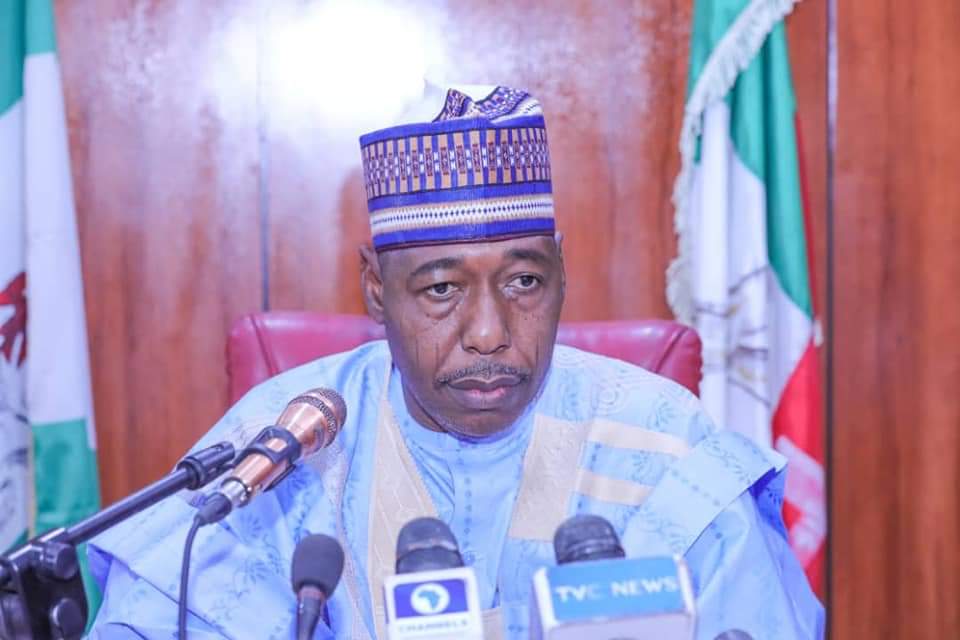 Borno state governor, Babanana Zulum has lamented the continuous inaccessibility of citizens to their farmlands due to insurgency, which he said has become a serious challenge facing the state.

During a visit by a delegation of the Senate led by majority leader, Senator Yahaya Abdullahi, over recent killings by Boko Haram insurgents, the Governor said “the people of Borno State are facing a very serious challenge, worthy to note is that of a limited access to farmlands by our people.

“We have to address the root causes of the insurgency which are not limited to endemic poverty, pervasive illiteracy, unemployment, environmental degradation among others. continuous dependance on food supply from the INGOs and the UN agencies is not sustainable. The only option we have is to create an enabling environment to our people regain their means of livelihood”, Zulum said.

The Senate delegation was received by Governor Zulum, at the Government House, after the Deputy Governor, Umar Usman Kadafur, led a welcoming team at the Maiduguri international airport.

Speaking on behalf of the senate, Senator Yahaya, at the council chamber of the government house in Maiduguri, assured that no stone will be left unturned in an effort to get lasting peace in the nation.

“I want to assure you that very soon efforts will be seen to have been done for Nigeria to get itself off this insurgency and banditry.”, Senator Yahaya assured.

The Senate leader also said, the Nigerian Senate had pledge to support the executive, this include support in approving security budgets to provide the administration with the necessary resources for the security agencies to secure our people.

Yahaya also led the delegation in company of Governor Zulum to pay homage to the Shehu of Borno, His Royal Highness Alhaji Abubakar Ibn Umar Garbai Elkanemi, at the Shehu’s palace.

On his part Governor Babagana Umara Zulum while welcoming the delegation, acknowledged the support of the national assembly towards the development of the northeast zone.