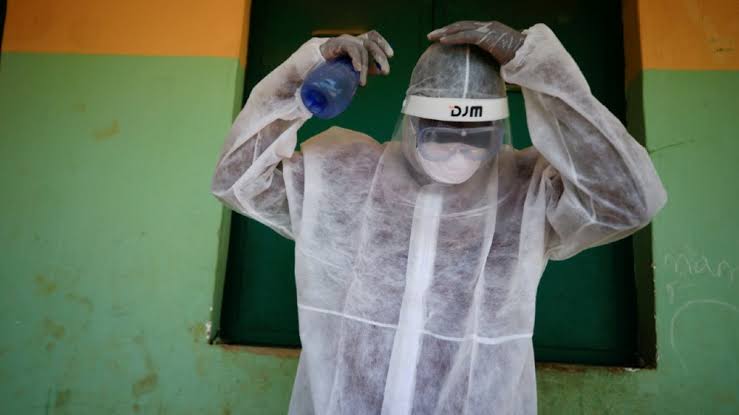 Resident doctors and other health workers at the Dalhatu Araf Specialist Hospital (DASH), Lafia on Tuesday embarked on a seven-day warning strike to press for adequate provision of Personal Protective Equipments (PPEs) and improved welfare.

Mr Alizi Maga, chairman of NANNM at the hospital, who spoke on behalf of the various unions told newsmen in Lafia that the strike became necessary following the expiration of a seven-day ultimatum given to the state government.

Maga explained that their demands included provision of adequate Personal Protective Equipment (PPEs), implementation of COVID-19 hazard allowances as well as insurance scheme for their members fighting the pandemic.

He added the unions also want the implementation of their pending promotion for 13 years, among others.

Maga said that the unions would embark on an indefinite industrial action after the Seven-day warning strike if the state government failed to meet their demands.

Collaborating Maga’s position, Dr Idoko Peter, Chairman of ARD in DASH, said the alleged negligence by the government had led to their members being infected with coronavirus.

Peter said that due to lack of PPEs, 21 health workers in the state had been infected with COVID-19 while carrying out their duties.

He urged the state government to address the issues raised to avoid a shutdown of the hospital.about:blank

Reacting to the development, Dr Hassan Ikrama, Chief Medical Director (CMD) of the hospital said the health workers were negotiating with the state government to address their concerns.

When contacted, Ahmed Yahaya, Commissioner for Health, appealed to the workers to consider the plight of patients in the facility and suspend the strike.

Meanwhile, on Tuesday at Plenary, House of reps speaker, Femi Gbajabiamila held a meeting with the association and officials of the Federal Ministry of Health at the National Assembly to resolve all pending issues.

At the end of the three-hour meeting, Gbajabiamila said the leadership of the House would not fold its arms while resident doctors embark on strike at this time of COVID-19 pandemic.

The union had issued an ultimatum to embark on strike next week Monday following what it said was government’s inability to fulfil certain obligations as agreed in a memorandum of understanding.