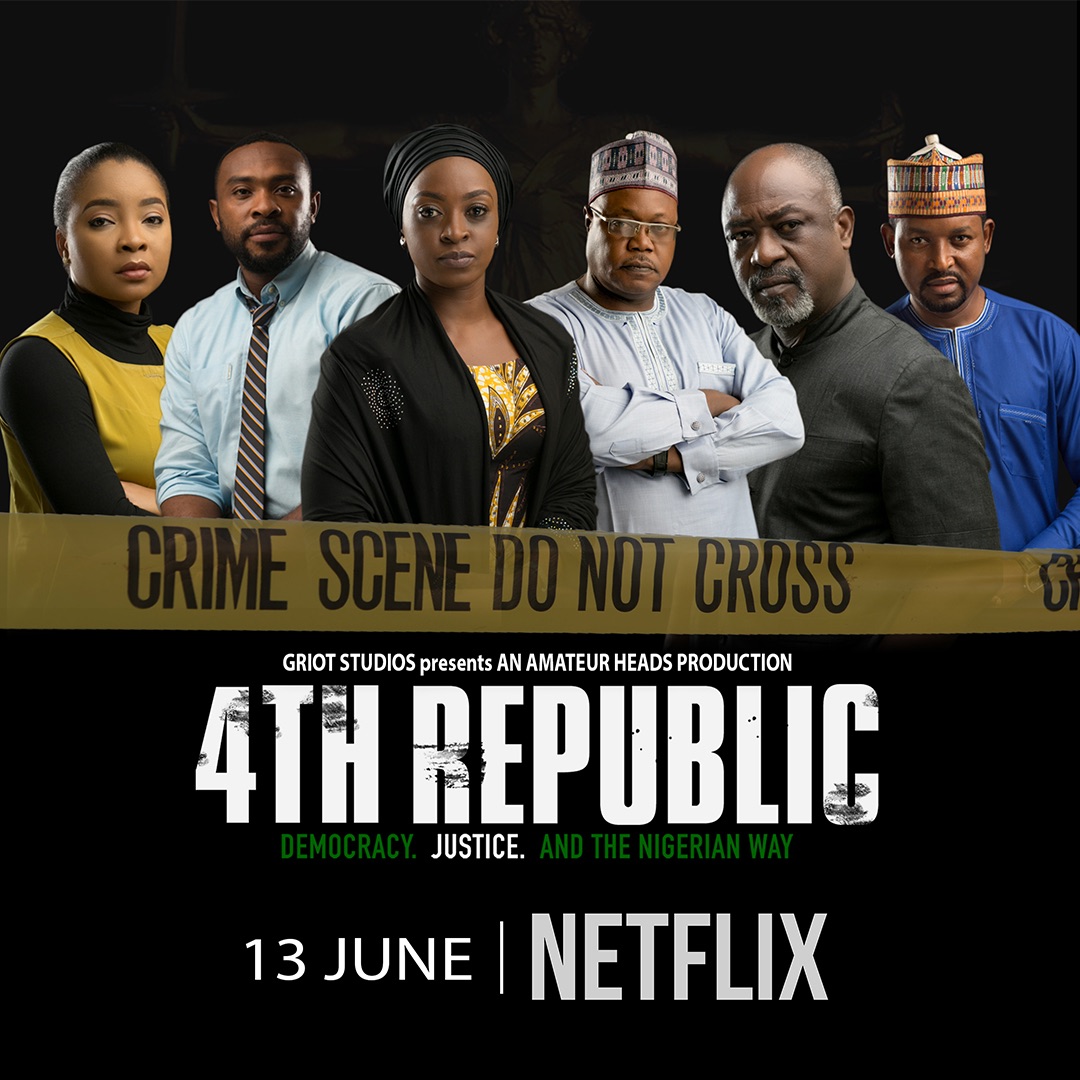 The political thriller 4TH REPUBLIC will be available to watch on Netflix from the 13th of June 2020. The film stars Kate Henshaw, Bimbo Manuel, Sani Mu’azu, Linda Ejiofor, Yakubu Mohammed and Enyinna Nwigwe and is directed by Ishaya Bako.

4TH REPUBLIC follows governorship aspirant Mabel King (Kate Henshaw) in the aftermath of a violent and fraudulent election that results in the death of her campaign manager Sikiru (Jide Attah). As the search for the killers unravel, Mabel goes on to challenge the decision that declares incumbent governor Idris Sani (Sani Mu’azu) as winner of the election. Both the election petition tribunal and murder investigation intersect to explosive results.

Speaking about the upcoming release of the film, director Ishaya Bako says, ‘We’re excited to share this film with the world. We’ve had some very interesting feedback from the screenings of the film at the cinemas, and especially at the campus tour we carried out at the end of 2019. This year has been a particularly tough one for everyone, for obvious reasons, one thing that hasn’t changed is that people are able to watch good entertainment from the comfort and safety of their homes. 4th Republic is a gripping thriller that is reflective of the Nigerian system, from our do or die politics to our ironic optimisms. It is one of the most important Nigerian films to watch.’

The release of the film is slated a day after June 12 – Nigeria’s Democracy Day, one of the most significant days in the country’s post-independence political history. Still viewed as the freest, fairest and most peaceful election ever held in Nigeria, June 12th marked the beginning of decades long struggle to sustain democratic rule in Nigeria.

4th Republic is written by Emil Garuba and Zainab Omaki and is a co-production between Griot Studios Ltd. and Amateur Heads Productions with support from the John D. and Catherine T. MacArthur Foundation and the Open Society Initiative for West Africa (OSIWA).

The film was produced by Ummi A. Yakubu, Bem Pever and Kemi ‘Lala’ Akindoju and screened in 7 Nigerian universities in 2019 in collaboration with the Independent National Electoral Commission (INEC) and Enough is Enough (EiE Nigeria). It was also endorsed by the National Orientation Agency (NOA).

Watch the trailer of the film below:

He is not our ambassador – UN denies Dbanj