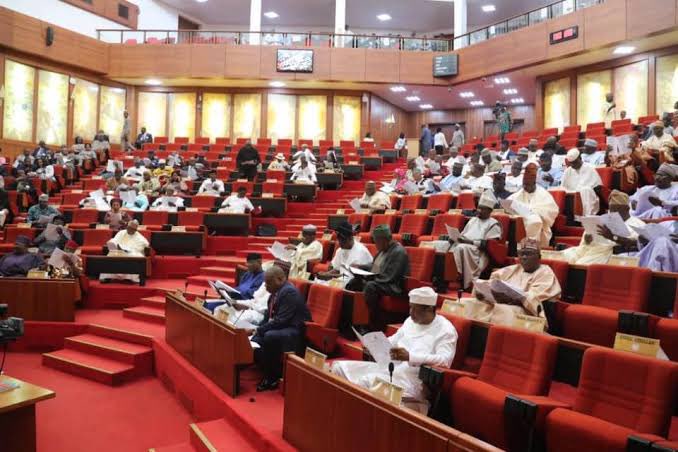 The Senate committee on public accounts, has queried the Central Bank of Nigeria (CBN) over an alleged missing $3.3 billion (approx. N1.2 trillion).

The amount was said to be unaccounted for from the $21.3 billion remitted to the apex bank by the Federal Inland Revenue Service (FIRS) as foreign tax in 2015.

Premium Times reports that the query was sent by the office of the auditor-general of the federation to the Senate committee.

The auditor-general wrote in the query that while the FIRS recorded $21.3 billion as the amount collected as foreign tax in 2015 from the CBN, the apex bank on the other hand recorded it as $18 billion.

But the representative of the bank, its deputy governor (Corporate Affairs), Edward Adamu, explained that the differences in the figures were due to the changes in exchange rate.

“The $3.3 billion is neither missing nor unremitted, but the difference is due to variations of exchange rate during time,” he explained.

But the committee disputed this.

The chairman of the committee, Mathew Urhoghide (PDP, Edo), mandated the bank to reappear before the panel next Monday with documents detailing the said variations in exchange rate.

After the session, Mr Urhoghide explained to reporters that: “While the record of FIRS showed $21.3 billion, the records of the apex bank showed $18 billion.”

He added that: “When CBN was asked about why the differences in the amount, the apex bank hinged its argument on exchange rate, upon which officials of the bank are directed to come up with supporting documents if they have.

“There were 13 queries raised concerning CBN. Today, they have explained some while some are yet to be sufficiently explained, particularly the $3.3 billion difference it has from the $21.3 billion foreign taxes remitted by FIRS.”

Meanwhile, officials of the Nigerian Army, the Police and the Economic and Financial Crimes Commission (EFCC) have been summoned by the committee to appear before it next Tuesday over alleged unaudited accounts for several years.

Senate will consider the revised 2020 budget on Thursday