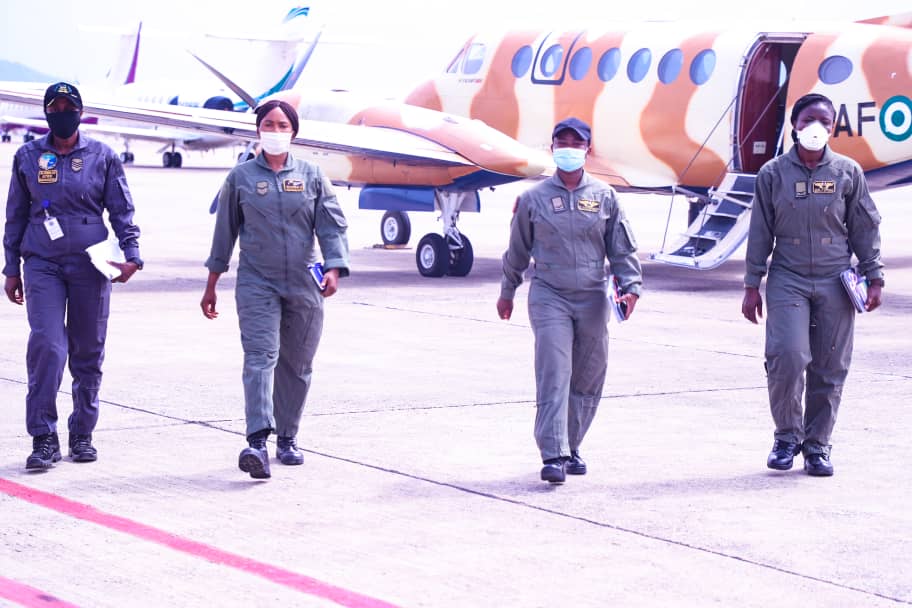 The Nigerian Air Force (NAF) made history with the conduct of an operational Intelligence, Surveillance and Reconnaissance (ISR) mission by an all-female crew.

Daramola noted that it is noteworthy that Flying Officer Ijelu is the first female officer to become a Captain on a NAF aircraft.

He said “the aircraft was also marshalled by a female Marshaller, Aircraftwoman David Precious”.

According to him, the mission, which was preceded by the customary pre-flight briefing, originated from the 307 Executive Airlift Group (307 EAG), at the Nnamdi Azikwe International Airport and covered selected areas of interest in Niger State and its environs, where intelligence that would support NAF air interdiction missions as well as the operations of ground forces was gathered.

The Commander 307 EAG, Air Commodore Francis Edosa, while welcoming the all-female crew from the mission, applauded them for displaying a high level of professionalism.

Within the past 4 and half years of the current NAF leadership, there has been a surge in the involvement of female personnel in areas that were previously the preserve of men”.

“Five female pilots have been winged within the period, bringing the total number of female pilots in the NAF to 7. Many other female officers and airwomen are also excelling in their various fields of specialization including Regiment and Special Forces, Aircraft/Armament Engineers and Technicians as well as Air Traffic Controllers, amongst others,” he explained.

The NAF says its objective in this regard is to maximize all of the potentials of Nigeria’s vast human resource pool, male and female, to ensure the effective, efficient and timely employment of Air Power in response to Nigeria’s national security imperatives.