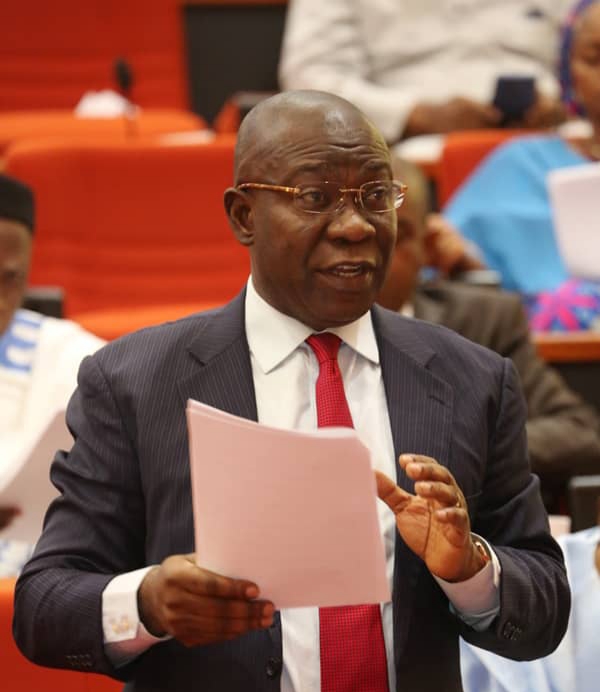 The former Deputy President of the Senate, Ike Ekweremadu, has said the controversial “Infectious Diseases Bill” currently before the National Assembly may not pass because provisions of the bill are inconsistent with the provisions of the Constitution.

He said the bill was more dangerous than the virus.

Ekweremadu, who represents Enugu West Constituency in the Senate, said this while featuring on a radio programme, Political Voices, monitored by our correspondent in Enugu on Friday.

Ekweremadu said, “Let me use this opportunity to reassure Nigerians that the bill as presently presented will likely not be passed by the National Assembly; a lot of parliamentarians have lined up to oppose it.

“Now, looking at that bill which is intended to deal with dangerous or other infectious diseases, it appears to me that the bill itself is more dangerous than even the infectious disease itself. If you look at some of the provisions, it says if you have any problem with the order or the action of the DG of the agency, then you have to appeal to the minister and whatever the minister says is final.

NewsWireNGR had broken down the proposed bill in an earlier report, analysing the various aspects of the bill and in the process, exposing the plagarised parts.

Related Topics:Ike Ekweremadu
Up Next

The bill to reduce 2020 budget has passed second reading