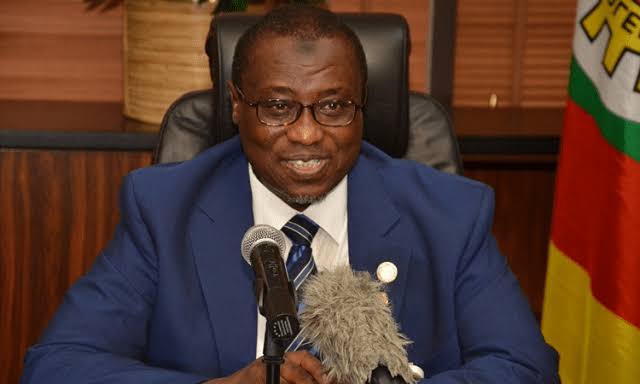 Maikanti Baru, the former group managing director of the NNPC, has died.

Mr Baru died late Friday night in yet undisclosed location and of undisclosed ailments. He was 60.

His death was announced early Saturday morning by the current head of the state-owned energy conglomerate, Mele Kyari.

“My brother, my friend and my mentor, Dr Maikanti Kachalla Baru, immediate past GMD of NNPC died late last night,” Mr Kyari wrote on Twitter. “He was of exemplary character and disposition. May Allah forgive him and have mercy upon him.”

According to a statement released by NNPC on their official Twitter account, Dr. Baru, 60, died after a brief illness in an Abuja hospital.

Mr Baru was born in 1959 and led a career in engineering, rising through the ranks at the NNPC before he was eventually appointed to lead the organisation by President Muhammadu Buhari in 2016.

Related Topics:NNPCMaikanti Baru
Up Next