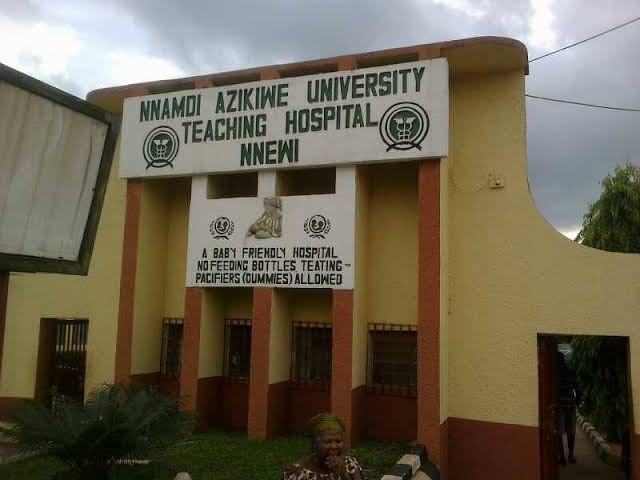 Authorities of the Nnamdi Azikiwe University Teaching Hospital (NAUTH), Nnewi, have confirmed one case of the coronavirus at the hospital. Prof. Anthony Igwegbe, the Chief Medical Director (CMD) of the hospital, disclosed this on Monday.

Igwegbe said the patient was diagnosed with the virus following a test upon getting to the hospital. According to him, the test result was released on May 23.

He said the patient was immediately moved to one of the isolation centres in Anambra for treatment. “The patient was quickly moved from our isolation ward to the Anambra state Treatment Centre last night for care and treatment.

The patient, a male trader resident in Onitsha was admitted to the isolation ward following proper triage on his presentation on May 20. “Specimen for test was taken the following day and sent to Irrua,” he said. Igwegbe told the News Agency of Nigeria (NAN) that a suspect was earlier taken in, but test sample was not taken before the patient died. “That was a probable case, the patient showed some symptoms but sample was not taken before the patient died. “So we have only one confirmed case of COVID-19 in NAUTH so far,” he said. The CMD added that all the necessary precautions were taken and all those that attended to the confirmed patient used Personal Protection Equipment. He gave an assurance that the hospital would remain vigilant.