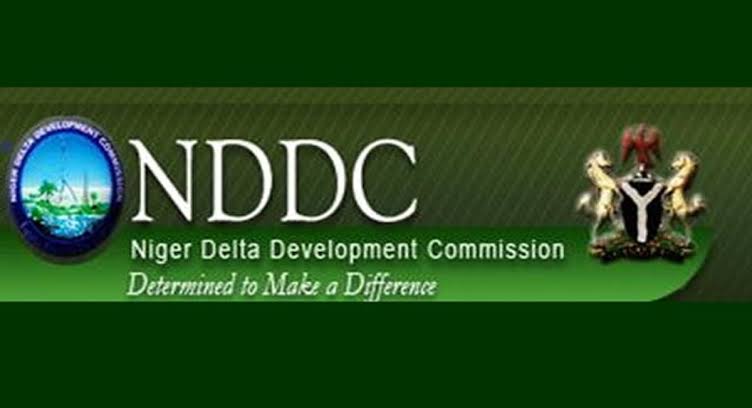 The Niger Delta Development Commission (NDDC) was established in the 3rd Quarter of the Year 2000, under the Act No.6 of the National Assembly which provides for the repeal of the defunct Oil Mineral Producing Areas Commission (OMPADEC) Decree 1998.

This bold move was geared towards a re-organized management structure for an effective Commission by the Federal Government, in favour of the Oil producing areas of the Nigeria, otherwise referred to as the Niger Delta region.

The agitation for resource control by the Niger Delta region which has resulted in the 13 percent derivation fund, paid directly to the Niger Delta States, is obviously not commensurate to tackle the ecological challenges and environmental degradation which is the Siamese twins of oil exploration.

The NDDC was therefore envisioned to stand in the gap, as a direct presence of the Federal Government in the region.

After 19 years of the establishment of NDDC, it is worrisome, that the vision of the founding fathers has remained far-fetched, rather, the Commission became a prisoner of sorts, to vested interests who had turned it into an Automatic Teller Machine (ATM). The annual budget of NDDC, which runs into billions of Naira has not made deeply felt impact in the lives of the people of the region. It turns out that a few people have become billionaires by constantly calling the shots in the Commission.

Nobody dares ask any questions, else, one would have dared to ask how NDDC awards contracts for the supply of desks and chairs, to schools in the region, to the same contractor, at over N3bn annually.

There is evidence that this annual contract is never executed. Rather, the contractor delivers a couple of desks and chairs to his own warehouse, and uses same to service similar contracts from State Governments in the Niger Delta region.

The rot in the Commission had eaten to deep that despite billions of Naira allocated to meaningful projects, only activities like “Training”, “Desilting”, “Solar Power” and “Workshop” get quick attention, and gulp huge sums of money, like the N6.4 billion that generated controversy, sometime ago. The IMC of NDDC reportedly received a request for payment of some phantom skills acquisition programme, to the tune of N3.842bn, representing about 60 percent of the total sum of N6.404bn.

The refusal of the IMC to honour such spurious request, it is believed, is partly the reason for the numerous petitions and “sudden” probe.

No sooner had the Audit began, than fireworks rented the air, in the guise of petitions. A barrage of petition has inundated the Presidency, all in an attempt to stop the audit.
When it seemed like the petition wouldn’t yield the desired result, the sponsors of the faceless group of petitioners resorted to using another arm of the Government, to stop the President. This time, they resorted to the National Assembly!

It may sound funny, but how come the National Assembly wants to probe, as a matter of urgency, the Prof. Kemebradikumo Daniel Pondei led Interim Management Committee (IMC), charged by the President to run the affairs of the Commission during the period of the Forensic Audit?

One would have expected that any lapses stemming from the audit, would be addressed upon completion of the audit but the haste to initiate an audit of the supervisors of the Audut looms a garb of a well-conceived distraction attempt.

Obviously, the forensic audit will expose contract padding and duplication, multiple contracts by selected folder companies, shady and underhand dealings of colluding Civil Servants, including those who resort to petitions when affected by routine transfer, from the “juicy” Headquarters among other anomalies.

It appears that the bold move by the Minister for Niger Delta Affairs, Sen. Godswill Akpabio to usher in a new lease of life at the Harold Dappa Biriye building, Headquarters of the NDDC, by redeploying some of the old hands there, meant a threat of extinction to those who have, over the years, made brisk business with those contacts. The uproar that trailed the transfer is not ordinary. The outcry has dwarfed that of a baby hastily withdrawn from the mother’s breast!

It is important to note, at this juncture, that the Civil Servants are just small fishes, in the big river of things happening in NDDC. They are, though, indispensable in the happenings, but small fishes, nonetheless.
It is alleged in some quarters that the major clog in the wheels of progress of the Niger Delta region are those in whose hands it is to create the enabling laws for the success of the NDDC.

And as an Ex-lawmaker, Sen. Akpabio is obviously bringing to bear, his wealth of experience in the National Assembly, which only complements his experience as an Ex- Governor of a critical oil producing state in Nigeria, Akwa Ibom State.  No wonder he quickly cancelled the consultancy contracts for the collection of statutory payments of 3 percent of the annual budget of oil companies in the region.

These contracts which were being handled by Candour Capital Limited as well as Starline, was a huge surge pipe for siphoning billions of naira accruing to the NDDC, which was paid to these contractors as their “commission.”

The companies are believed to be owned by former and serving Legislators, Politicians, albeit through fronts. The cancellation of these contracts certainly unsettled the real owners of the companies, and so, the move to probe the IMC, while they are yet to complete their 19 years audit, needs no further explanation. It is what it is; a distraction!

Apart from these consultancy contracts, most of these legislators, especially those heading the various Committees on NDDC and Niger Delta, in the National Assembly, allegedly have several funny contracts, to their name, most of which are fully paid for, but never executed. A certain Senator from Delta state and a House of Reps member from Ondo state were fingered in this regard.

Yet these contacts are an annual feature in the budget of the Commission. These are among the various infractions in the Commission that the forensic audit was meant to unravel.

Again, it is worrisome that the NDDC, has after 19 years, not been able to complete her Headquarters complex, in Rivers state. Thus, NDDC, has remained a tenant, at the Harold Dappa Biriye House, where they were paying a whooping N300m annually, even when evidence shows that the building was a donation by the Rivers State Government under Dr Peter Odili, a decision that is yet to be rescinded! It is a matter of probe for the Forensic Auditors to ascertain who is fraudulently collecting this money.

This amount, ordinarily, should be a reason to hasten the completion of the Headquarters, to stop the bleeding of scarce resources, but how can that be when there are people gladly fishing in the troubled waters?

This is also the situation in most state offices of the NDDC. The Imo State office of the Commission,for example, which is located along Owerri-Port Harcourt road, near the Appeal Court Complex, has not seen any activity in years. It was abandoned on the first floor. Who knows if checks may reveal that provision is made in the annual budget of the Commission for this project.

This piece should not be misconstrued as an attempt to shield the IMC from probe. No! The IMC is peopled by equally falling humans, who must, by nature, have their flaws. It therefore means that they’re not foolproof.

But it is only reasonable to allow them complete the very daunting task of a holistic audit of the Commission, after which their own tenure will be scrutinized. This will ensure that there is no compromise and that the very wonderful idea of a forensic audit is not botched.

To this end, the various studs thrown at the IMC, only gives one primary indication; some people are definitely not comfortable with the reality of a forensic audit.

So, who is afraid of the probe?

Is it the IMC that has spent only 6 months in office? What harm would have been dobe in 6 months, that ‘urgently’ needs to be addressed, so urgently, that the forensic audit of 19 years should be thrown under the bus?

Is it possible that the 6 months old IMC has seen more funds, in a COVID-19 era of crashed oil prices, than the last 19 years, some of which were an era oil boom?
One can easily deduce that someone, somewhere is dead-scared of the outcome of the NDDC Forensic Audit, and can do anything to make sure it does not succeed.

These faceless enemies of the region must be stopped and the Forensic Audit concluded in record time, for the benefit of the beleaguered people of the Niger Delta region.

It is no gainsaying that Sen. Godswill Akpabio and the IMC need the support of all the Niger Deltans, at this time, to help stop the NDDC cabal that has taken into their custody the collective patrimony of the people of the region.
President Muhammadu Buhari must not allow himself to be misled into endorsing such an attempt at undermining his good intentions to sanitize the Niger Delta Development Commission (NDDC) and by implication, the Niger Delta region.