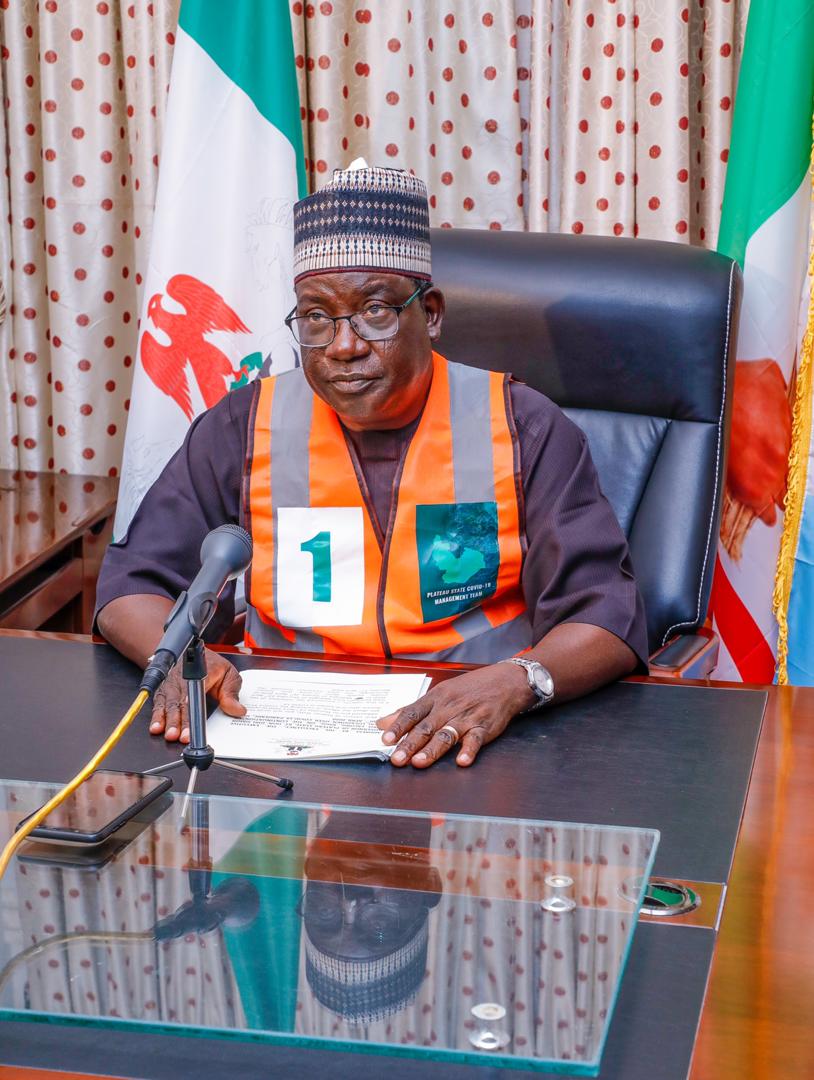 Governor Simon Lalong of Plateau has banned the operation of commercial tricycles in the state with effect from Saturday, May 23, as part of efforts to curb the spread of the novel coronavirus (COVID-19).

Lalong made the disclosure during a press briefing on update of COVID-19 in the state, in Jos.

The governor, who was represented by the Secretary of the state Task Force on COVID-19,  Prof. Danladi Atu, expressed concern  over the rise in the number of positive cases of the virus in the state.

He noted that the continuous rise in the number of persons infected with COVID-19 in the state was worrisome, saying that  government would make necessary adjustments in order to “flatten the curve.”

Lalong also said that after due  consultations with security agencies and religious leaders, the government have decided that all Eid prayer grounds in the state be closed.

“However, prayers may be conducted at home mosques while respecting the physical distancing and not exceeding 50 persons per time.

“Also, wearing of face masks and hand washing should be strictly complied with to curtail the spread of the Virus,” he said.

He said security operatives have been directed to enforce compliance of the restrictions and urged those affected to comply.

The governor said that  in compliance with directives by the Inspector General of Police, Mohammed Adamu, the state government would inaugurate a state policing advisory committee.

“The Inspector General of the Police (IG), has realised the important roles that the vigilantee groups, hunters and neighborhood watch have played in the enforcement of guidelines on COVID-19.

“The committee will  be inaugurated tomorrow (Friday) and will advise the government on how to engage the community in partnership with security agencies to enforce law and order,” he said.

Lalong wished Muslims in the state a successful Eid-el-Fitr celebration, while charging other members of the society to join them in praying for wisdom and knowledge to overcome the challenges of the pandemic.

The Commissioner for Health, Dr Nimkong Lar said  three of its health workers have tested positive to coronavirus (COVID-19), and 18 patients were discharged  after testing negative.

The News Agency of Nigeria (NAN), reports that the commissioner had on Wednesday, May 20, revealed  that two Health officials were infected with the disease.

He said that one of the seven new confirmed cases announced by the National Centre for Disease Control (NCDC) on Wednesday, was a health official, bringing the number of health officials infected by the disease to three.

He explained that the state had so far recorded 57 confirmed cases of COVID-19 with 18 patients discharged and one death.

Lar said that the epicentre of the disease in Plateau was in Jos North Local Government.

He cautioned residents of the state, especially those in the Jos area, to observe personal and respiratory hygiene and other guidelines by the government to control its spread.

Also, the commissioner of information, Mr Dan Manjang appealed to enforcement agencies at the interstate  borders to discharge their duties diligently.

He urged them to  intensify their efforts as most of the cases of COVID-19 were imported from other states.

He added that civil servants from grade level 10 to 14 have been deployed to join them in the enforcement exercise.

Related Topics:Plateau state
Up Next

OSIWA response to the fight against COVID-19 in Nigeria