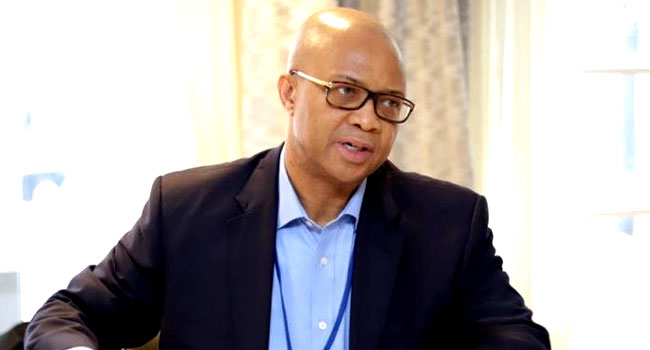 President Muhammadu Buhari has approved the renewal of the tenure of Mr Benjamin Akabueze as Director-General of the Budget Office of the Federation.

According to the government, the Budget Office is currently undergoing several reforms under the leadership of Akabueze, towards improving effectiveness and efficiency. 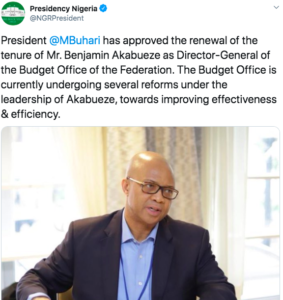 It added that President Buhari gave the approval for an extension as a result of Akabueze’s track record of sterling performance and his achievements.

He was first appointed as a Special Adviser on Planning to the President in February 2016 before he was redeployed as the Director-General of the Budget Office after about four months.

His current tenure is scheduled to expire on June 10, 2020, and with the new development, Akabueze is expected to retain his position for another four years.

In 2000, Akabueze was elected as the Chief Executive Officer of NAL Bank Plc, a post he held until 2005 when the bank merged to become Sterling Bank Plc.

Two years later, he served as the Commissioner for Economic Planning and Budget in Lagos State until 2015.

MURIC wants palliatives for Imams and Pastors across Nigeria