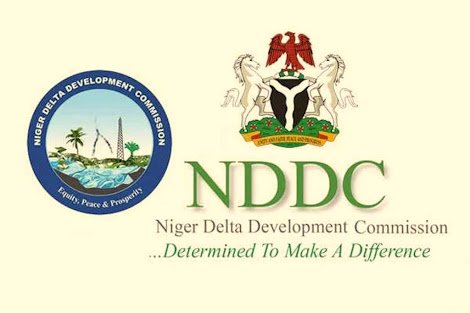 The Niger Delta Development Commission (NDDC), said it had sent some key officials on mandatory leave, pending the conclusion and outcome of the ongoing forensic audit of the commission.

The News Agency of Nigeria (NAN) reports that President Muhammadu Buhari had in 2019, ordered forensic audit of NDDC finances, which took full effect on April 22.

This information was contained in a statement issued in Port Harcourt on Wednesday by the NDDC Director of Corporate Affairs, Charles Odili.

“The staff sent on mandatory leave are those indicted for acts of impropriety by the Police, Economic and Financial Crimes Commission (EFCC) and Independent Corrupt Practices Commission (ICPC).

Affected are ‘those whose acts are the subject of investigation by the forensic auditors as well as those who held key and sensitive positions in NDDC during the period covered by the auditors.

“Lastly, other staff affected are those whose continued presence in NDDC will interfere, impair, undermine or compromise the process,” he explained.

Odili said the action was based on the advice of the Lead Consultant on the forensic audit exercise, that had since been approved by the Interim Mandatory Committee in NDDC.

According to him, the mandatory leave of the affected personnel takes immediate effect as they have been notified.