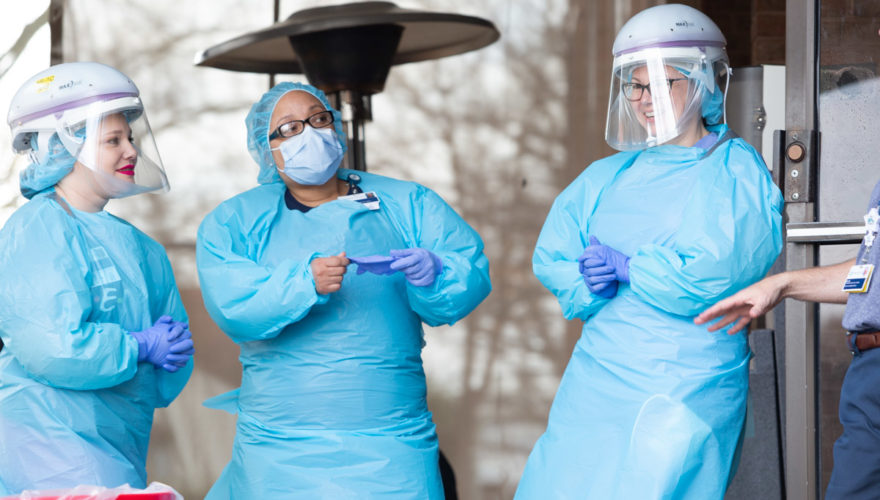 The national coordinator of the Presidential Task Force on COVID-19, Sani Aliyu, has warned states against seeing figures of COVID-19 cases as a competition among them.

Speaking in Abuja at a briefing of the task force on Monday, Aliyu urged state governments to be transparent about figures of cases.

He said: “COVID-19 numbers is not an issue of competition between states.

“There’s no shame if a state comes out with positive numbers. “In order to deal with an epidemic, we need to have transparency in numbers and that transparency is linked to the number of tests.

“If you do not know the extent of a problem, you’ll not be able to deal with it. “So I’m appealing to state governments to please continue to support the state emergency operating centres, the state ministry of health and make sure that everybody who needs to be tested for COVID-19 in any state in the country has that opportunity of having the test done.”

Aliyu also said a number of states still lacked the adequate capacity for isolation, advising that “Now is the time to correct this before the numbers start going up. I’m appealing to state chief executives to please make sure where you do not have adequate isolation facilities to do so.

“The PTF has already put 300 as per state minimum number of isolation beds that should be available in every state.” He said some states had submitted “less than 10 samples for testing and this does not mean they’ve no cases of respiratory tract infections or other symptoms related to COVID-19 more so that we’re intensifying efforts to stem the community-based transmission even when there are no record of people who travelled abroad in the states.”

The Minister of Humanitarian Affairs, Disaster Management and Social Development, Sadiya Umar-Farouk, said the rice distributed to states across the country was good and fit for consumption. There had been controversy over the distributed rice with some states rejecting their portions, alleging the rice was bad. But the minister said the rice was certified fit for consumption by the National Agency for Food and Drug Administration and Control before it was distributed to the states.

“We had an issue in Oyo, which was officially reported this (Monday) morning. But two or three days back, we have seen news flying that the rice we took to the South-West and parts of this country was bad, and that Lagos has taken its own to the lagoon and that other states have rejected them. I want to say categorically that those are fake news. They are not true.

“I just spoke with the chairman of the Nigeria Governors Forum (Fayemi) and he assured me that the one he received in Ekiti and other states is in good condition.

“Let us be very clear on this issue of rice. We all know that even in our houses if we keep foodstuff, especially grains of that nature in a damp place, they are bound to have a change in colour. But that does mean that it is not fit for human consumption.

“So, please this is what I can say about the issue of rice and they (beneficiaries) are very happy that the Federal Government is supporting them,” she said.

Emergency Phase For Lassa Fever Outbreak IS Over – NCDC