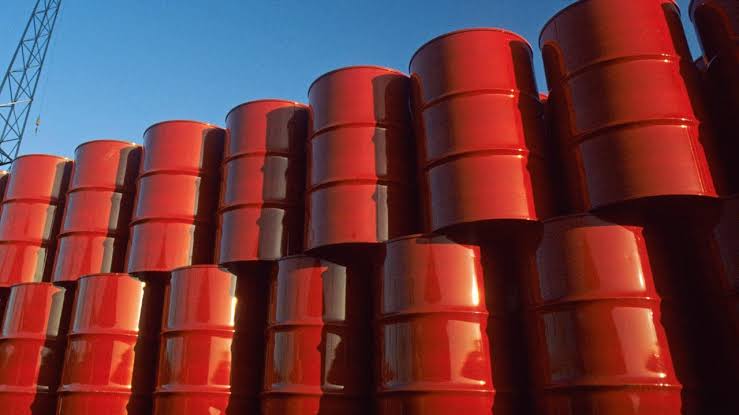 Traders monitoring the West African market have revealed that one of the Nigerias’s benchmark grades, Bonny Light, fell to about $12 or $13 a barrel this week.

The loss shows the huge gap that’s emerged between real crude prices that producers are fetching, and headline futures contracts like Brent, which stood at about $28 on Friday.

Countries in Europe (which is the staple market for Nigeria’s product) have gone into lockdown to combat coronavirus. Even with prices deeply depressed though, long-haul buyers in Asia don’t want cargoes because there’s also freight to pay and no real need for the barrels since demand has been obliterated.

For Nigeria, that could become a particular challenge, since the country has very little space to store supplies if they’re unwanted.

“That seems to be the first real point of a bust, with no onshore storage, so it has to go onto ships,” said Spencer Welch, a director on the oil markets and downstream team at IHS Markit.

According to IHS Markit, Nigeria would run out of storage space quickly if it couldn’t find ships to take its oil.

The prices are well below the cost of producing oil in Nigeria — about $22 a barrel, and lower still than the the nation’s fiscal breakeven, assessed by Fitch Ratings about $133 a barrel. Nigeria depends on crude sales for half of government revenues and 90% of foreign exchange earnings.

“The market is simply responding to the forces of demand and supply precipitated by the COVID-19 pandemic,” NNPC said in a statement. “We are working assiduously to guarantee a steady market for our crude in the short and long term.”

When headline oil futures were around $22 a barrel last month, NNPC Boss; Mele Kyari said in a statement that Nigeria would be “out of business” at such levels

Traders of West African oil say that about 10 million barrels for sale in April remain unsold with just 13 days of the month to go. For May that’s as much as 60 million barrels.

That represents a very slow pace of sales, and the region’s June loading programs are just starting to be released.

The vast majority of unsold supplies are Nigerian rather than Angolan, and a big cause of the glut is because traditional European buyers have stopped purchasing because demand there has collapsed.

It’s not just West African oil markets that are struggling in the Atlantic Basin either. With so much European demand halted by the virus, grades in the North Sea and the Mediterranean are also pricing aggressively to clear.

It has nowhere to go,” said Olivier Jakob, the managing direct at Petromatrix GmbH. “It’s really a problem of demand. It’s not just affecting the supply from West Africa. I think the North Sea is also problematic, and the Med is at a heavy discount.”

Related Topics:Crude Oil
Up Next

Rate Of Pipeline Vandalism Increased By 50% In January 2020 – NNPC