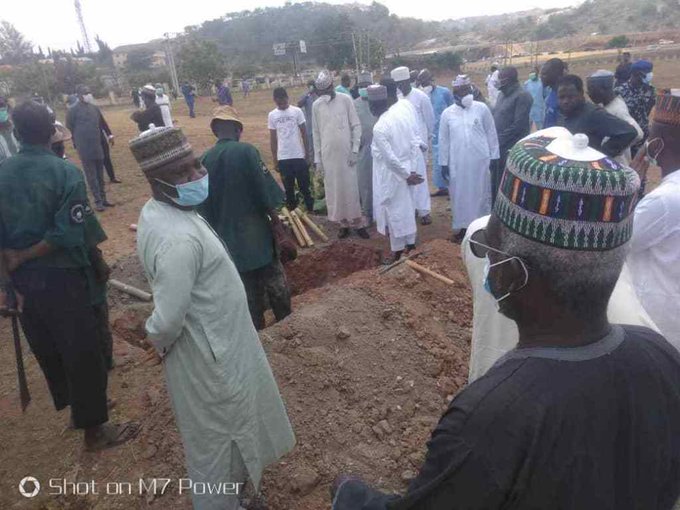 The Late Chief of Staff to President Muhammadu Buhari has been buried in Abuja, the Federal Capital Territory of Nigeria.

Kyari is believed to have died at the First Consultants Hospital in Lagos, Nigeria, a private facility – his remains was flown from Lagos to Abuja for Burial at the Gudu Cemetery.

Mr Kyari had travelled to Germany on March 7 to meet with officials of Siemens AG in pursuit of the deal recently signed between the Nigerian government and the energy company and returned about a week later.

He is suspected to have contracted the disease while there.

The chief of staff, was in Europe alongside the power minister, Saleh Mamman, returned to the country on March 14.

On 24th of March 2020, Abba Kyari tested positive to Covid-19 after he returned from Germany.

The Spokesman to President Muhammadu Buhari, Garba Shehu wrote, “We just received the body of Abba Kyari the deceased Chief of Staff the President in Abuja. In strict observation of the protocol put in place for the burial of Coronavirus victims by the @NCDCgov and the Federal Ministry of Health, the funeral prayer and burial will be private”.

Related Topics:NigeriaAbba Kyari
Up Next