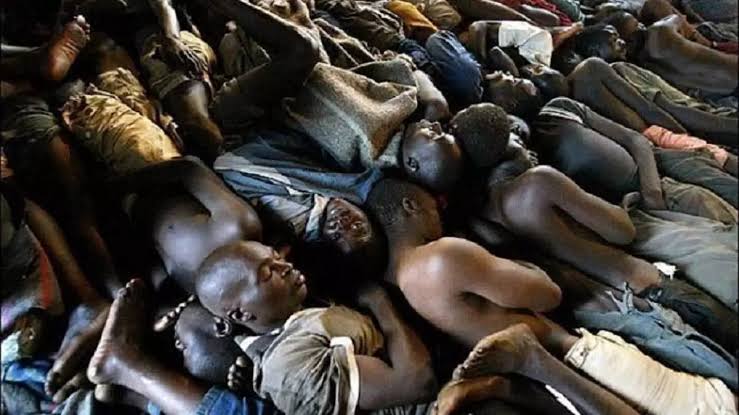 It is no news that the world is currently facing a pandemic; Covid-19. As at 5 April, 2020, the total number of persons infected, was 1, 253,079 and total number of deaths; 68,158 and these figures keep rising, which is why we are deeply concerned about the situation of inmates in our prisons (also known as Custodial Centres) in Nigeria.

As of Jan 2020, total population of inmates in Prisons in Nigeria, was 72,677, the breakdown of which is as follows:

Based on this, 70% of the total number of inmates are awaiting trial whilst 30% have been convicted.

Prisons are grossly congested in Nigeria and with the current pandemic of Covid-19, it has become a reason to voice out and deal with an impending threat. Cases in point to buttress this, are the Portharcourt, Ikoyi and Kirikiri Medium Custodial Centres in Nigeria which house 4,000, 3,078 and 3,337 inmates respectively.

The aforementioned facilities are built to house no less than 800, 800 and 1,800 inmates each, respectively.

In view of the fact that we are actively interested and involved in prison reform in Nigeria, we have it on good authority that custodial centres have been given current instructions regarding the criteria and process for determining the imminent release of inmates eligible for amnesty.

A cursory look at this list which was to have been submitted by 3 April 2020, shows that those considered are under the convicted category which is the 30% aforementioned and a minority of the prison population. The list of the said category of inmates is as follows:

Old age: 60years and above

Serving 3years and above and have less than 6months left

Convicted with option of fine not exceeding N50,000 (Fifty Thousand Naira) and have no pending case

Women with children, Minor offences and people who have served 75% of their term after remission.

Any, sentenced for violent extreme offence: terrorism, kidnapping, rape, culpable homicide should not be included.

The implication of the above is that, amnesty would be granted to just a fraction of convicted persons which we strongly assert, will not reduce congestion in these facilities/centres.

Our question is, what remains the fate of the 70% who are awaiting trial and are actually the cause of congestion in the prisons?

This is our worry as it does not portend to take care of the problem of congestion as can be seen from the statistics givenespecially if 50,737 inmates are awaiting trial.

In 2019, The President of the Federal Republic of Nigeria, Muhammadu Buhari set up a committee on Prison Reform and decongestion, which is laudable.

However, we feel that for this to be effective, considering the Covid-19 epidemic facing Nigeria and the world at large, decongestion of the facilities should not be left alone to the Presidential Committee as the Minister of Interior; Rauf Aregbesola, has recently provided information stating that 80percent of inmates who are awaiting trial, are state offenders.

In view of the above, it is imperative that each state sets up a rapid corresponding reform committee to speedily address this issue. If these rapid response committees are set up, this allows the committee set up at the federal level to effectively deal with the 20% left, according to statistics provided by the Minister of Interior.

A government that refuses and or wilfully neglects to be proactive during a crisis, will suffer the consequences of foreseen epidemics.

Inmates will die like chickens if corona virus finds its way into Prisons in Nigeria.

The Nigerian Correctional Service (N.C.S.) has put it out that necessary actions have been taken to curb and prevent Covid-19 from invading prison facilities, however, it is our firm belief that the best preventive measure to avoid a pandemic, is to reduce the number of inmates in every congested facility, by 50%.

The NCS believes that measures such as providing sanitizers, washing of hands regularly and fumigation, would help curb the spread of the virus, however, it is imperative that the NCS bears to mind the interactions of prison wardens who have both access to the public and the inmates.

This is because, It cannot be guaranteed that a warden who has been diligent with these safety measures would not infect others,as a carrier is capable of infecting and spreading the virus without being symptomatic, thus the best option, we believe, is decongestion of the prisons where inmates are ‘packed on top of each other’, crammed into a small room (sometimes ranging from 100 to 140) with extremely poor ventilation.

It is our submission that the states rapid decongestion committees, if set up, should work speedily to release inmates awaiting trial in the following categories;

Trials yet to commence 2years after proceedings begin

Bail conditions not met for over 2years

Number of years awaiting trial exceeding term of years to have been spent if convicted; and

We also submit that cases of extremely stringent bail conditions for non-capital offences should be reviewed for the purposes of rapid decongestion.

It is important to state here that the release of these category of persons, should be on the premise that they would be released to custodians as this has been part of the concerns of the states ministries of justice; that inmates have no custodians to whom they would be accountable.

We firmly believe that with the above submissions, the spread of Covid-19 would be reduced drastically by 80percent. It is imperative that we are proactive; we do not have to wait for an inmate to be infected before decongestion as this would be tantamount to ‘medicine after death’.

Yinka “Lamboginny” Lawanson is a Nigerian musician and a Global Prison Ambassador.

Opinion: Why The Conviction Of Funke Akindele Cannot Stand In Law