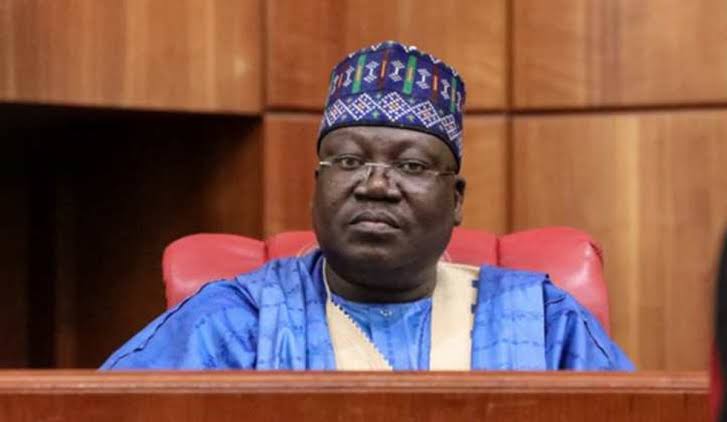 The leadership of the National Assembly has faulted the way the Social Investment Programme(SIP) of the Federal Government is being implemented.

It called for an enabling legislation on Tuesday in Abuja in line with global best practices.

President of Senate Ahmad Lawan and Speaker of the House of Representatives Femi Gbajabiamila made their reservations about the scheme at a meeting with Minister of Humanitarian Affairs, Disaster Management and Social Development Sadiya Farouq.

The meeting was also  attended by top officials of the ministry, Deputy Senate President Ovie Omo-Agege, Deputy Speaker Idris Wase and other principal officers and members from both Chambers.

The meeting was convened by the leadership of National Assembly against the backdrop of ongoing Federal Government’s intervention initiatives aimed at reducing impact of COVID-19 pandemic on the most vulnerable Nigerians.

Ola Awoniyi, Special Adviser on Media and Publicity to President of Senate in a statement disclosed that Lawan and Gbajabiamila made it abundantly clear that the SIP needed a reform to make it more efficient and effective.

Lawan said the National Assembly was very much interested in the current intervention initiatives of the ministry, particularly with respect to the disbursement aimed at assuaging the plight of the poorest of the poor Nigerians against COVID-

He said the National Assembly was concerned about the conditions and guidelines for the intervention programmes which are specifically directed at the most vulnerable Nigerians.

“When for example, some conditions are set, that those who will benefit will have to go online, through the internet or BVN and the rest of it.

“I want to tell you that the majority of those who are supposed to benefit have no access to power.

“Infact, many of them don’t even have phones and these are the poorest of the poor, yet, some of the conditions or guidelines which you set inadvertently leave them out,” Lawan said.

The Senate President said the poorest of the poor had not been sufficiently captured by the programme.

“We believe that when we work together, the Executive side of government and the National Assembly as representatives of the people, we will be able to reach much more of these people who are in serious distress even before the Coronavirus pandemic.

“We need to be better in terms of strategy for delivery and definitely, what we have been doing in the past cannot deliver exactly what will solve the challenges of the most ordinary and most vulnerable Nigerians.

“So we need to put on our thinking cap and work out some strategies on how to identify the poorest persons in Nigeria,” he said.

In the same vein, Gbajabiamila told the minister that she had been in the eye of the storm because all eyes were on her.

“Your job right now, is probably the most important as we speak, because you are saddled with the responsibility of alleviating poverty or the hardship, due to no fault of anyone, being thrust upon Nigerians,” he said.

The speaker said the relevant committees in the house had been complaining bitterly even before the minister took over the scheme about the inability to access information about the scheme.

Gbajabiamila said Nigeria’s SIP was similar to the Unemployment Insurance Act in the UK and the Social Security Act in the U.S.

The speaker urged the minister to talk with the relevant committees and the National Assembly leadership on the best way to codify the scheme.

In her response, the minister said the SIP was moved to her ministry for “sustainability and institutionalisation,”.