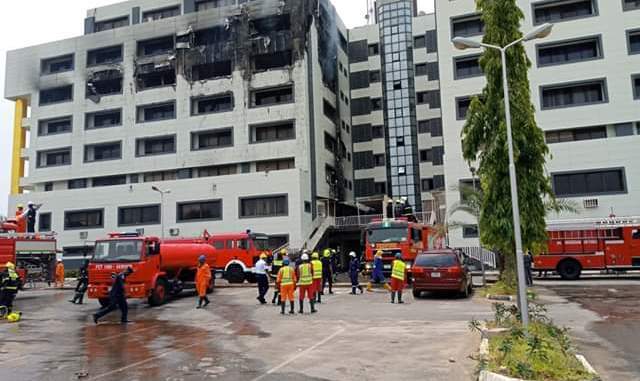 The fire that engulfed the fourth floor of Treasury House has been put out.

Minister of State Budget and National Planning arrived the scene a short while ago in the company of the Accountant General of the Federation to assess the level of damage.

Men of The Federal Fire Service, Air Force, Navy, FCT Fire Service were on hand to put out the fire.

The Nation Newspaper reports that they have just left the building to allow the minister and AGF tour the damaged parts of the building.

Just In: 27 Quarantined In Niger State Over Coronavirus