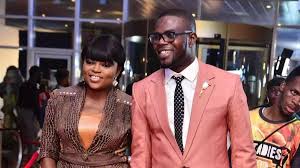 The Police Public Relations Officer, Bala Elkana, confirmed that the actress, popularly called ‘Jenifa’, had been taken to a Chief Magistrates Court in Ogba, Lagos, according to Punch Newspaper reports.

They were arraigned for breaching the Lagos Infection Diseases Regulations 2020 (the Regulations) which prescribes a jail term of one month or N100,000 fine or both for persons found guilty of hosting gatherings or flouting the lockdown order.