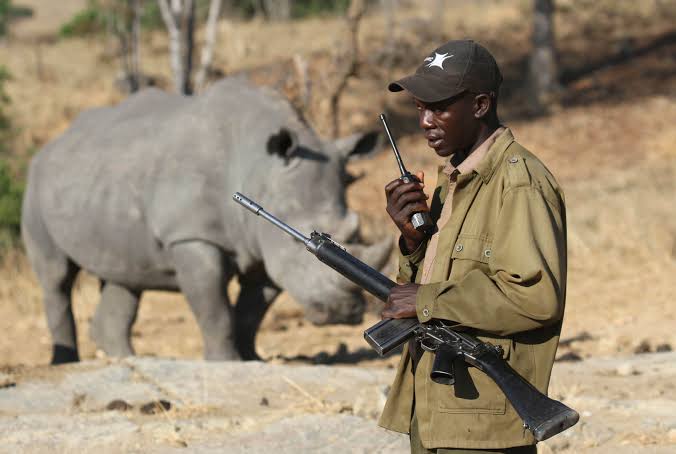 Additionally, it is estimated that one out of every four bird or mammal species globally is caught up in wildlife trade.

Moreover, wildlife trade threatens rural community livelihoods, hampers development efforts, and puts ecosystems at risk. Perhaps one of the frightening realities of this trade is the threat that it poses to the health of human beings, through spread of zoonotic diseases – diseases that jump from animals to human beings. In recent past, the world has seen the emergence of animal- borne infectious diseases such as SARS, Nipah, Ebola and Lassa Fever.

The ongoing COVID-19 pandemic that has wreaked havoc globally is suspected to have originated from a wildlife market in Wuhan, China. Already, China has taken commendable steps and banned the trade and consumption of wild animals, pending formalization of this ban into law later this year. Vietnam also followed suit, banning the trade.

“Wildlife trade is reaching unprecedented levels, and while efforts are being made to combat this trade, national governments, should enact effective laws that clamp down on this trade. This will go a long way in ensuring protection and conservation of species and perhaps help reduce occurrences of zoonotic diseases in the future”, notes Stoyan Nikolov, EV New LIFE project manager/BSPB.

Bulgarian Society for the Protection of Birds/BirdLife Bulgaria is a Non-governmental organization which works for the conservation of wild birds, the areas important for them and their habitats.

Internationally, the Convention on International Trade in Endangered Species of Wild Flora and Fauna (CITES) provides a legal framework to regulate trade in wild animals and plants.

African countries party to the convention should consider mainstreaming various aspects of combating wildlife crimes, in line with CITES, into their national laws and drive strong enforcement of this legislations.

Cloé Pourchier, Project manager of The Sahara Conservation Fund says “banning wildlife trade in addition to more public awareness on the impact of this trade on biodiversity and the risks that this trade poses to human health is important. As a result, decisive action to stop the trade should be taken”.

“The role of national government, local communities, traditional institutions, conservation organizations, civil society organisations and businesses is critical in halting wildlife trade across the continent. Most importantly, is for authorities to implement policies, enforce enacted laws and put in place effective monitoring systems to check illegal wildlife trade across the continent.

Further, is the need to raise awareness among the public about the negative impact of this trade in terms of the potential hidden risks on human health.

Initially, illegal wildlife trade was criticised almost purely in terms of conservation of the species, but other considerations have arisen in the recent past including biosecurity and public health.

“Particularly, the main challenge is to change attitudes and beliefs, which are major drivers of wildlife trade in Africa. This will be critical in tackling this trade especially at this period.

As Dr. Muhtari Aminu-Kano, Director General of the Nigerian Conservation Foundation says: “Africa need to be proactive, as we tackle current health challenge of the COVID 19 – pandemic, we need to forestall possible outburst of any other animal infected disease by keeping our wildlife in the wild through strong enforcement of wildlife laws and legislation”.

The Nigerian Conservation Foundation (NCF) is the foremost environmental membership based Non-Governmental Organisation in Nigeria established in 1980, dedicated to nature conservation and sustainable development.

Related Topics:Africa
Up Next