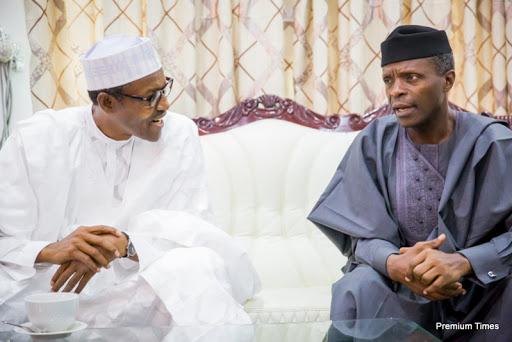 President Muhammadu Buhari and Vice President Yemi Osinbajo have been receiving half of their monthly salaries before the outbreak of coronavirus (COVID-19).

The Special Adviser to the President on Media and Publicity, Mr Femi Adesina, disclosed this during an interview on Channels TV

“Already, the President and the Vice President are earning 50 per cent of their salaries, they are not earning 100 per cent,” he stated on Tuesday during the Channels Television political programme; PoliticsToday

Adesina explained that both leaders opted to be paid half of their salaries since the inception of the present administration in 2015.

Although he did not disclose what purpose the unpaid halves were used for over the years, he believes both leaders have done well and will be making donations to tackle coronavirus at their own will.

“Already, the Vice President and the President are earning 50 per cent. Right from the beginning of the administration (the first term), they had elected to earn half of the salaries they should earn … to ask them to do more will be a voluntary thing,” the presidential aide added.