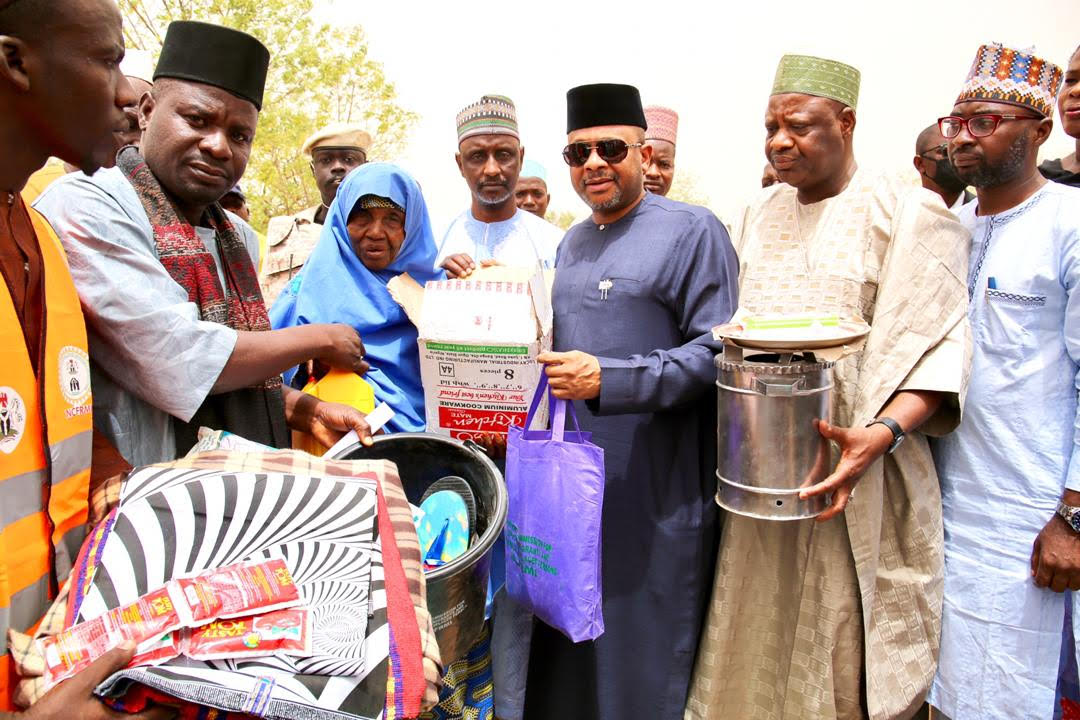 The distribution exercise targeted 42,000 displaced persons across 7 communities in the local government.

At the symbolic handover of relief items to widows who survived the violence meted out on the community by bandits.

In a statement by the Head of Media and Communications Strategy at the agency, Alkasim Abdulkadir, he stated that earlier on the Federal Commissioner had paid a courtesy call to the Governor of Katsina State, Aminu Bello Masari. Where he commiserated with the Governor over the killings and destruction in the State.

“We commiserate with you over the incessant attacks suffered by rural communities in Katsina State, especially the recent tragic attacks in Tsabuwa in Batsari Local Government Area, Gurbi and other parts of Kankara Local Government Area. Those who lost their lives and property were our brothers, sisters, parents and innocent children. We commiserate with the communities and the State as a whole. We recognize the pain that comes from these senseless acts of destruction”In his response Gov. Masari condemned the attacks while describing the destruction in tragic details.

“This is a barbaric and animalistic behaviour because the perpetrators of these crimes are like animals because they don’t have western or Qur’anic education. These people are living with animals in the bush without any education, they behave like the wild animals in the bush,” the governor said.The beneficiaries received grains, hygiene products and household items. Responding one of the beneficiaries Aisha Tumba who lost her only son Mallam Musa Sani in the attacks said, her son who was the bread winner left her with 20 children of varying ages and it’s now her responsibility to cater for them.

“I thank them for giving me this things it will go a long way in helping me and the children left behind, I have 20 children to care for” she said. Sen. Mohammed while responding to newsmen said it has become imperative for the commission to respond to the plight of the IDPs especially the widows in order to help ameliorate the present plight.

He used the occasion to also  to announce the proposed NCFRMI Resettlement City Development Project.

“Katsina will be one of seven other States that will benefit from this 500 household Resettlement City intervention – fully equipped with facilities and livelihood support schemes.

Buhari has arrived in Birnin Kebbi to attend the Agricultural Fair