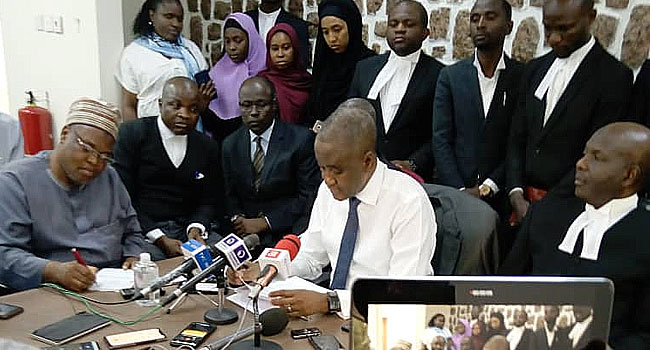 The dethroned Emir of Kano, Muhammadu Sanusi II has vowed to challenge his banishment in court.

Speaking through his lawyer, Abubakar Balarabe Mahmoud SAN, the former emir said he had not been served with any arrest warrant when he was picked up at the Emir’s Palace in Kano on Monday.

Addressing a press conference on Tuesday in Kano, Mahmoud said Sanusi’s legal team would challenge his banishment in court. He said the Kano Emirate Court Law 2019 has not in anyway empower the Kano State Executive Council to banish the emir.

He said: “We have the directives of the emir through his Chief of Staff, Munir Sanusi to challenge the legality of dethronement and banishment of the emir.

Mahmoud added that the dethronement and banishment of Sanusi was a total violation of his human rights. He called on the Inspector General of Police and Director General of the Department of State Security Services (SSS) to ensure the immediate release of His Highness, Muhammadu Sanusi ll.

“We are calling on the authorities concerned to immediately and unconditionally release His Highness,” he said.