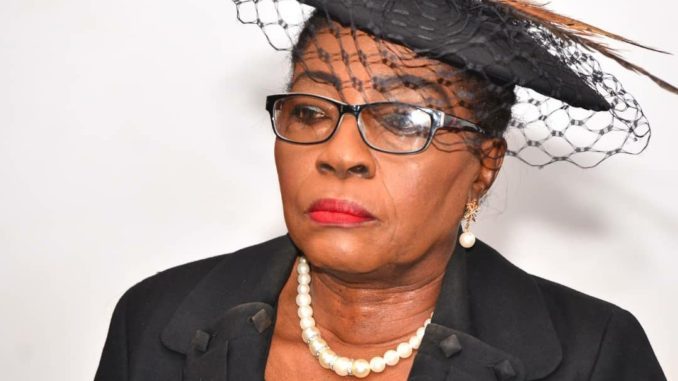 The Cross River state house of assembly has rejected the appointment of Akon Ikpeme as substantive chief judge of the state — because she is from Akwa Ibom, even though she is married to a Cross Riverian.

In a voice vote at a plenary session on Monday, the assembly rejected Ikpeme’s appointment after receiving two reports by a divided committee on judiciary that screened her, TheCable Newspaper reports.

In the first report, Efah Esua, chairman of the committee, recommended the appointment of the candidate, but in the second report, Godwin Akwaji, representing Obudu state constituency, alongside five others, recommended her rejection on the grounds that she is not a native of the state.

Ikpeme hails from Akwa Ibom state, but she is married to an indigene of Cross River.

After the contradictory reports from the judiciary committee, the assembly made its decision via a voice vote, where the nominee was then rejected.

Speaking on the reports, Ekpo Bassey, who represents Bakassi constituency, warned the assembly against sentiments that would set bad precedents in the state.

“This is my fifth year in the House and I have never seen two reports by a committee being presented to the House. The House has to be on the side of justice at all times and avoid setting a bad precedence,” he said.

“We need to strengthen institutions and avoid sowing seeds of ethnicity and disunity in the House.”

Itam Abang, representing Boki constituency, also said it is sad that the assembly has been prejudiced by ethnic sentiments.

“Never in the history of the House have we had two reports. It’s very sad that in the 21st century we are whipping up ethnic sentiments,” she said.

“It’s wrong to whip up ethnic sentiments because we have children and don’t know where they will be married to. She gave the state her productive years and rejecting her on account of her origin is injustice of the highest order.”