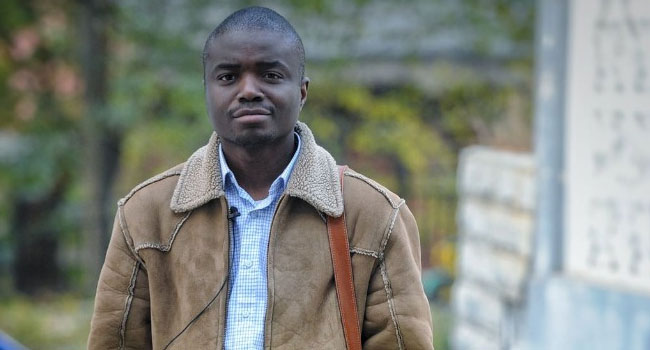 Ayodeji Idowu was already thinking of returning to Nigeria with his wife and two kids when the coronavirus clutched at Wuhan like a vise-grip. This is the interview he granted Channels Television.

“It was the Spring Festival holiday (China’s biggest festival) and I was supposed to travel the following week,” Idowu says. But his plans had to be cancelled as the Chinese government started to take measures to contain the deadly virus, which has now killed more than 2,000 people across the world. By late January, Wuhan, a city of 11 million, was essentially put on lockdown.

“For food, initially we used to be able to buy things that we wanted at big malls such as Walmart,” Idowu says. “But as the case became more and more severe, with the number of infection cases skyrocketing, they restricted the movement of people to one person per family for three to four days. So when you want to go out, they tick, like a register, to show that you are the only person who has gone out from your family in the last four days.

“Then it became more severe and even Walmart was not allowed to entertain individual customers. We were not allowed to leave our residencies. For example, I have not been able to step out of my estate’s gate since the newer restrictions came into being about two weeks ago. What we then do is to use Wechat groups; and then we have coordinators on the group who collect our orders. Whatever it is that you want to buy, you post it in the group and it would be delivered the next day.

“To receive your order, you come to the gate, stand about ten metres away, have your temperature checked, and then they hand over your items and you return to your apartment.”

So far, the arrangement has worked enough to keep the Idowus alive and well. But the isolation is already taking its toll.

“My wife is . . . quite worried because of getting food for our children,” Idowu, who completed his doctorate studies in 2018, says. “Since the new restrictions, we have not been able to get them the kind of food that they normally eat. Now we are forced to take whatever is available in the group purchase, which is basically catering to Chinese tastes, not foreigners’.”