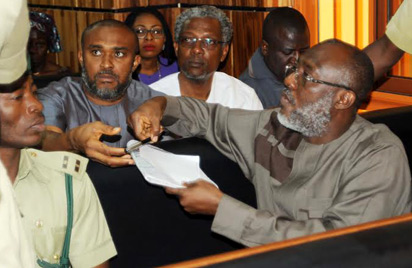 Justice Okon Abang on Tuesday held that Metuh could not prove that the money was approved by former President Goodluck Jonathan for the 2015 general elections.

He added that Metuh could not prove that he was not aware of the transfer from the ONSA to his bank account Metuh and his company, Destra Investment Ltd were in 2016 charged on seven counts of money laundering by the Economic and Financial Crimes Commission after he allegedly received the sum of N400m from the former NSA, Sambo Dasuki.

Justice Okon Abang had fixed today for judgement after listening to the final written addresses of the parties in the matter.

Miyetti Allah seeks inclusion of its members in operation Amotekun