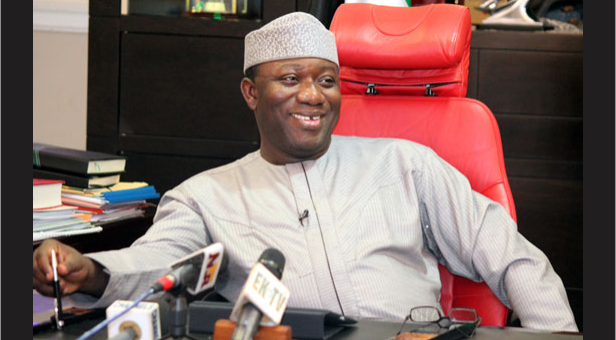 The Governor of Ekiti State, Dr Kayode Fayemi, on Wednesday disclosed that his administration decided to return schools to missions and original owners in order to restore moral value in schools and arrest the activities of “profiteers and undisciplined” elements in the system.

He added that the actions would also rid the schools of decadent practices like ; ICT fraud called ‘yahoo’ , truancy and examination malpractices. Dismissing the fear that the federal government sponsored school feeding programme had been cancelled,  Fayemi said the delay was caused by removal of the policy from the office of the Vice President Yemi Osinbajo to a newly formed Ministry of Humanitarian Services.

The Governor said this in Ado Ekiti yesterday at a Homecoming/ reunion press conference held by 1975-80 set of Christ’s School, Ado Ekiti, marking the 40th anniversary of leaving the secondary school. The governor, who doubles as the President of the Set, applauded the alumni groups across the state for partnering the government to raise the standard of education through provision of  facilities and funding, saying the state would create a more coordinated platform for useful engagement with them.

Fayemi said : “our education was not at the level we are during our time, but I also don’t  think we should despair because of the high  level of dialogue and partnership  among stakeholders the state government is midwifing  . “We have no reason not to achieve qualitative education. During our time, we didn’t enjoy free education until 1979, but we paid  affordable school fee. We paid N20 per term.

“We are also incorporating the alumni associations into our developmental agenda.  I have received series of correspondences and communications from religious  organistions like ; Methodist, Nawarudeen, Catholic and Anglican ,  writing that they wanted their schools back. “Under this arrangement, the government will still be paying for teachers  until we reach an arrangement  for those that will take over and we will work out arrangement on how to handle some of these grey areas in the affected schools”.

Fayemi assured  that the school feeding programme will  start in Ekiti as soon as the new federal Ministry  restart the  implementation across all interested states. The governor refuted the widespread impression that public schools are of no values, clarifying that there was no reason for govetnment to have schools that can offer qualitative education, if the proper things are put in place to strenghten the system.

Speaking about school enrolment in Ekiti, Fayemi said: “in 2014, we had 96 percent enrolment in Ekiti ,  but in 2018, when I came back, Ekiti was the least in the southwest . But today, we have raised it to over 75 percent, because of free efucation.We don’t allow PTA to force students out on no  account.

“It has become a policy now  in Ekiti, if we found your child  on the streets during school hour and he is of school age, his parents will have a lot to answer for, apart from renovation and provisions of instructional materials the government is doing”.