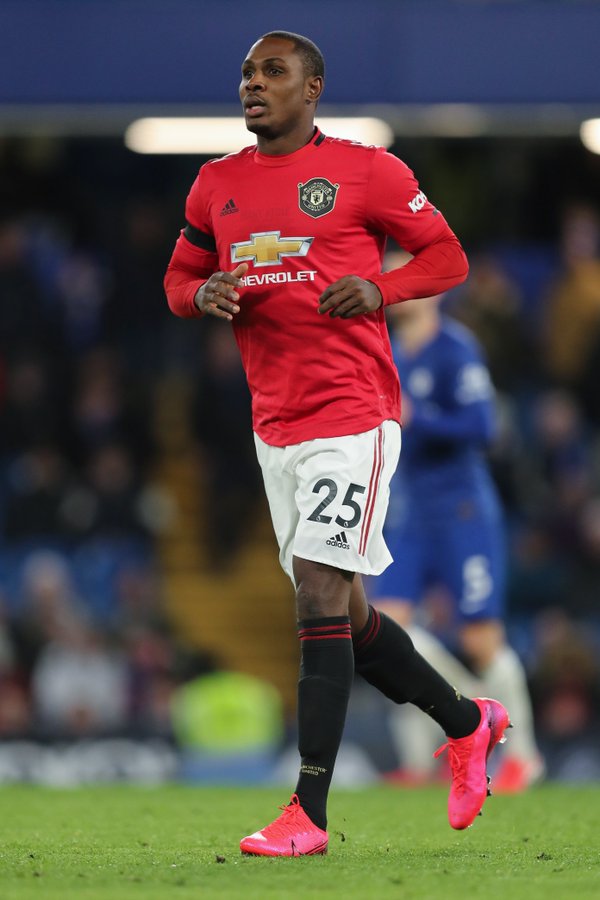 Odion Ighalo has become the first Nigerian player to feature in a football match for Manchester United.

He was a substitute in the club’s English Premier League match against Chelsea on Monday night.

With his Monday appearance, Ighalo sets the record of being the fist Nigerian player to play for United since 142 years ago that the club was founded.

Ighalo had arrived at the Stamford Bridge ahead of the Premier League blockbuster match between the Blues and the Reds about a few hours before the match.

The Africa Cup of Nations’ highest goalscorer targets adding to his tally of 16 goals from 55 EPL games in his Manchester United debut.

Ole Solskjaer’s men are languishing in ninth but can move to within two points of fifth with a third victory over Chelsea this season.

Ighalo, who joined United from Shanghai Shenhua, was quarantined before he was allowed to train with his new teammates but the coach believes he deserves a chance in the Monday night’s game, saying, “He (Ighalo) is desperate to play for Manchester United.”