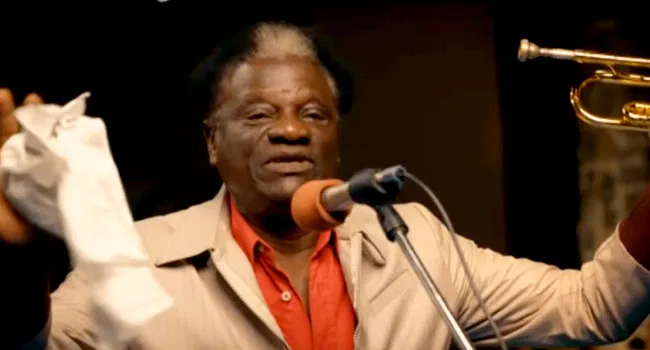 She released a statement which read in part, “The entire music world wish to announce the death of a legend of highlife music – one of the last man standing, the last of the originals, Dr Victor Olaiya, OON.

“This untimely incident happened at the Lagos University Teaching Hospital around 12noon on Wednesday, February 12, 2020.”

Famous for hit songs and albums such as Baby Jowo, Feso J’aiye, Ilu Le O and Taxi Driver, the singer and trumpeter was born on December 31, 1930, in Calabar, Cross River. However, his parents were from Ijesha-Iju in Ekiti State.

“Once a man raises his hand to hit you, he is going to do it over and again” – Mercy Aigbe says marriage is overrated