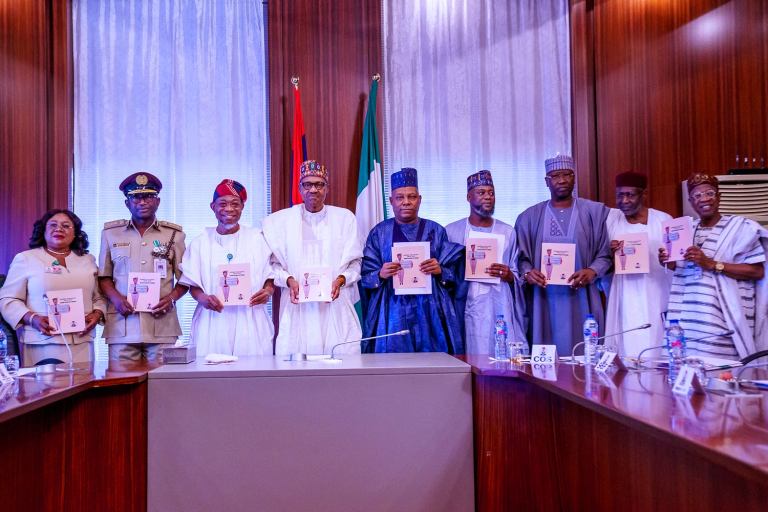 Muhammadu Buhari on Tuesday launched a new visa policy which allows travellers to visit Nigeria without visas and only commence the process of obtaining visa upon arrival into the country.

The new visa policy was launched at the Presidential Villa, Abuja in the presence of the Minister of Interior, Rauf Aregbesola and the Comptroller General of the Nigeria Immigration Service (NIS), Mohammed Babandede.

Speaking to State House correspondents, the Minister of Interior said the new visa policy has broadened the scope of visa obtainment in Nigeria from the hitherto six categories to 79.

He said the Enugu International Airport which is undergoing renovation was the fifth airport where the visa could be obtained in arrival.

The Comptroller General of Immigration Service said that every nation has its own visa policy based on its needs, adding that the new policy will take care of emergency,  education, religious tourism among others.

Nigeria is the safest country in the world world to live in – Lai Mohammed, Information Minister