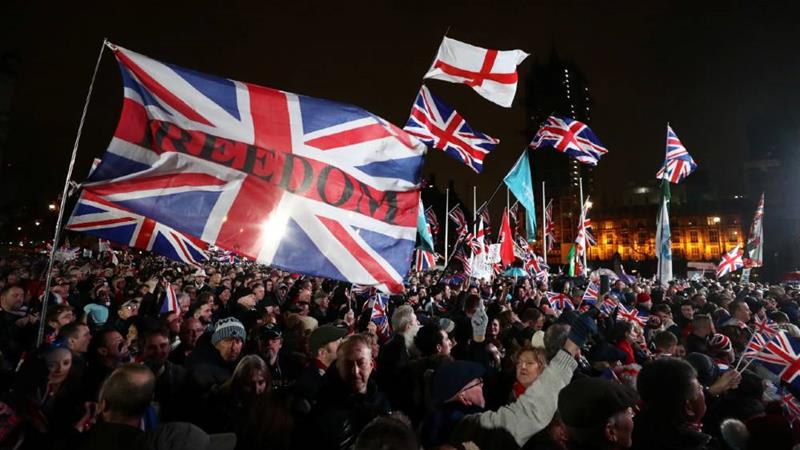 The United Kingdom has left the European Union, after 47 years of membership.

After a 2016 referendum of UK voters resulted in a 52-48 percent win for the “leave” campaign, the country’s membership officially ceased at 23:00 GMT (midnight Brussels time).

An hour before the UK’s membership expired, Prime Minister Boris Johnson called it an “astonishing moment of hope” in a televised address to the nation.

He said this was the moment the country would “begin to unite and level up”, promising the largest revival of infrastructure since the era of Queen Victoria, who reigned between 1837 and 1901.

There were scenes of jubilation in Parliament Square as the clock counted down to Brexit.

The moment of departure was followed by an euphoric rendition of God Save The Queen.

And with that the Brexit politician Richard Tice sends the crowd on its way home with the words “believe it or not we are no longer a member of the European Union”.

Related Topics:UKEuropean Union
Up Next

Breaking: US Government ban Nigeria, 5 Others from applying for visas to immigrate