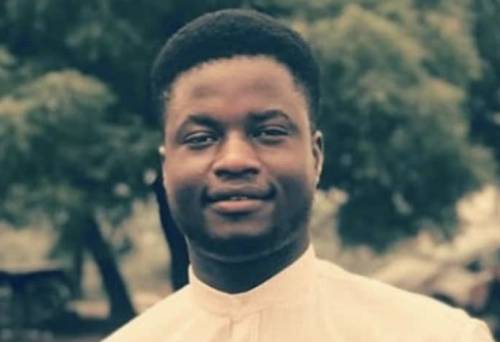 A journalist, Ayoola Babalola, has been arrested and remanded in prison custody by the Department of State Services for criticising President Muhammadu Buhari’s regime and also the national leader of the All Progressives Congress, Bola Tinubu.

Babalola is being held at the Ibara Maximum Prison, Abeokuta, Ogun State, for expressive his views – a fundamental right under a democracy.

SaharaReporters is reporting that the journalist was seized from his home on Thursday morning by some alleged members of a cult gang led by President of National Association of Political Science Students of Gateway Polytechnic where he recently graduated.

The cult members claimed that Babalola deserved to be brutalised or killed for writing against them, the school’s management, Tinubu and President Buhari.

However, after brutalising the journalist, the gang handed him over to operatives of the DSS, who later whisked him to the Ogun State Command of the agency in Abeokuta.

A source within the DSS told SaharaReporters that the journalist was interrogated over the articles he published in a campus magazine.

However, during interrogation, the journalist asked to contact his lawyer but was not allowed to do so, instead the DSS personnel threatened that he will rot in their facility.

The DSS source said, “The journalist was forced to make his statement under duress, and was forced to sign an undertaking that he will desist from writing anything about President Buhari’s government, the APC and its national leader, Bola Tinubu.

“He was accused of being sponsored by Omoyele Sowore to make inciting statements in a campus newspaper.”

Though Babalola was briefly moved to the DSS office at the Remo area of Ogun State, he was soon paraded at the Magistrate Court, Abeokuta, from where he was remanded at Ibara Maximum Prison on a six-count charge of alleged breach of public peace and incitement of violence to which he pleaded not guilty.

The judge however, granted Babalola bail on a bond of N150,000 with two sureties in like sum.

The case was adjourned until January 27 for hearing.