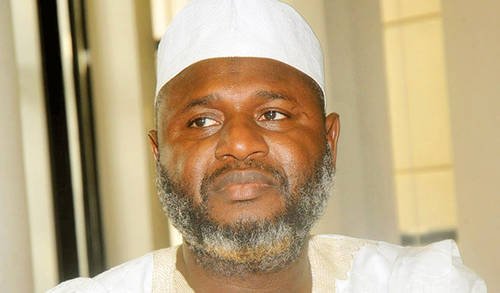 A former governor of Zamfara State, Senator Ahmad Sani Yarima has declared interest to contest for the presidency come 2023 – Yerima had been accused of marrying a child, and the marriage followed a nationwide uproar.

The former Governor, Ahmad Sani Yerima had told the BBC that his fourth wife was not 13, but would not say how old she was.  He denied breaking the law but said he would not respect any law that contradicted his religious beliefs.

“I don’t care about the issue of age since I have not violated any rule as far as Islam is concerned,” he had said at the time.

“History tells us that Prophet Muhammad did marry a young girl as well. Therefore I have not contravened any law. Even if she is 13, as it is being falsely peddled around.

“If I state the age, they will still use it to smear Islam,” he said. Before the 2010 Egyptian wife uproar, Newspaper reports also accused the senator of having previously married a 15-year-old girl in 2006.

The Nigerian senate ordered an investigation after complaints from women’s groups but the senator said he did not care what the groups thought. A spokesman for the Egyptian embassy in Nigeria said the girl is still at school in Egypt.

DailyTrust Newspaper reports that, Yarima, an All Progressives Party (APC) member disclosed this yesterday in Bauchi while speaking with newsmen shortly after he paid a condolence visit to a famous Islamic scholar, Sheikh Dahiru Usman Bauchi over the death of his wife.

He said that various political groups from different parts of the country had approached him to contest for the presidency.  “And by the grace of Allah, I will contest for the seat in 2023,” he said.

Yarima was the first Nigerian Governor to implement Sharia law in his state, which came into effect on 27 January 2000. Zamfara’s law adopted Sharia in its entirety, with the exceptions that apostasy was not criminalized and all sentences can be appealed to Nigeria’s Federal Courts, which do not permit traditional Hudud punishments.

This was greeted with enthusiasm by the state’s Muslim majority; thousands of people gathered on the streets of Gusau cheered and shouted “God is great”.

Sharia implementation bodies were established in Zamfara, including the Council of Ulama, Hisbah Commission, Zakkat and Endowment Board, Sharia Research and Development Board, and the Preaching Commission.

Yarima who served as governor for eight years and senator for eight years, said if elected in 2023, he will fight poverty, create job opportunities and address the infrastructural gap in the country.

“The APC has set a standard of producing a presidential candidate through direct primaries and by the grace of Allah I will contest the primaries. People will look for a candidate that has something to offer for the country, a common man will not look for money but will look for what I can offer to the country,” he said. He commended President Muhammadu Buhari for his fight against corruption and security challenges, urging him to do more to address poverty and unemployment.

Related Topics:politicsSani Yerima
Up Next