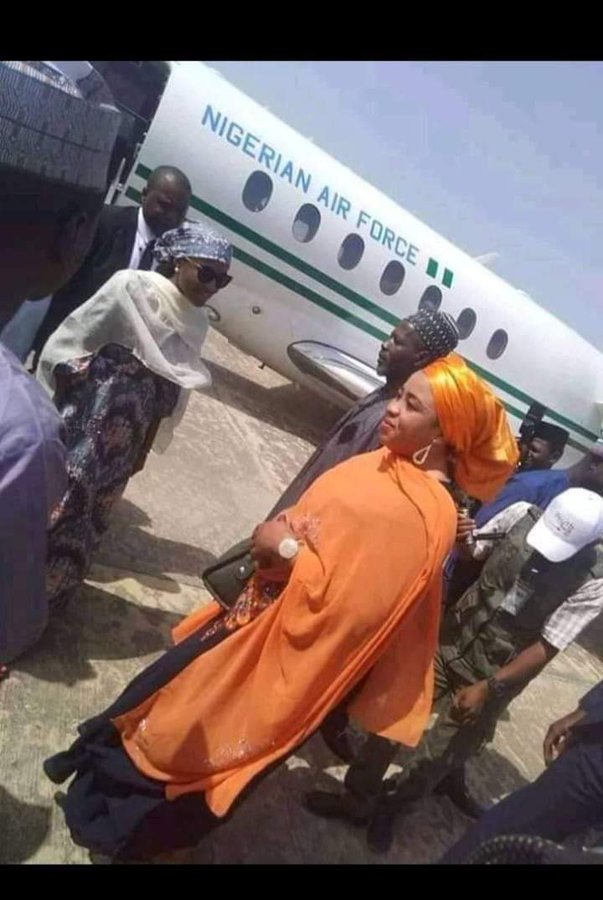 The Presidency says the wife and children of the President, Maj. Gen Muhammadu Buhari (retd.), have the right to use the Presidential jet when they need to.

The Senior Special Assistant to the President on Media and Publicity, Garba Shehu, said this in a message sent to The PUNCH on Saturday.

Shehu was reacting to criticisms from some Nigerians over the decision of the President to allow his daughter, Hanan, to use the Presidential jet to attend a private function in Bauchi on Thursday.

The President’s spokesman said Hanan received approval from her father who in turn informed the National Security Adviser.

Shehu said, “It’s true that a member of the First Family was flown to Bauchi yesterday on a mission duly authorised. It wasn’t an impromptu or improper trip because it followed normal procedure. The Presidency informed the National Security Adviser of the mission who in turn informed the Commander of the Presidential Air Fleet.

“The normal practice in existence for a long time is that the Presidential Air fleet is available to the President and the first family and four others. These four are the Vice President, the Senate President the Speaker and any other person(s) authorised by the President.”

This is despite complaints by Nigerians that the budget of N8.5bn for the Presidential jets in the 2020 budget is too high.

Hanan, according to Daily Nigerian, was conveyed by the Presidential jet to attend the Durbar in Bauchi on Thursday.

The President’s daughter, who recently graduated with a first-class in Photography from Ravensbourne University, London, was said to have been invited by the Emir of Bauchi, Rilwanu Adamu, as a special guest of honour.

In photographs which have since gone viral on social media, Hanan could be seen disembarking from the plane and being welcomed by Bauchi State officials.

It was gathered that the durbar was specially organised to avail the President’s daughter of the opportunity to take photographs of the traditional durbar, Bauchi architecture and other cultural sites in the state.