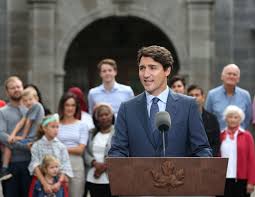 Canadian Prime Minister Justin Trudeau has said he has intelligence that indicates a passenger plane that crashed in Iran was shot down.

He described the crash as a “tragedy that not only shocked Canada, but the rest of the world”.

Mr Trudeau added: “We have intelligence from multiple sources, including our allies and our own intelligence.

“The evidence indicates that the plane was shot down by an Iranian surface-to-air missile. This may well have been unintentional.

Iran denies the reports, with government spokesman Ali Rabiei describing it as a “psychological warfare against Iran”, according to state TV.

He added: “All those countries whose citizens were aboard the plane can send representatives and we urge Boeing to send its representative to join the process of investigating the black box”.

Mr Trudeau’s comments came after US officials said they were “confident” the passenger plane that came down in Tehran was shot down by an Iranian missile, with President Donald Trump saying “somebody could have made a mistake”.

Iran threatens to attack Israel, other US allies