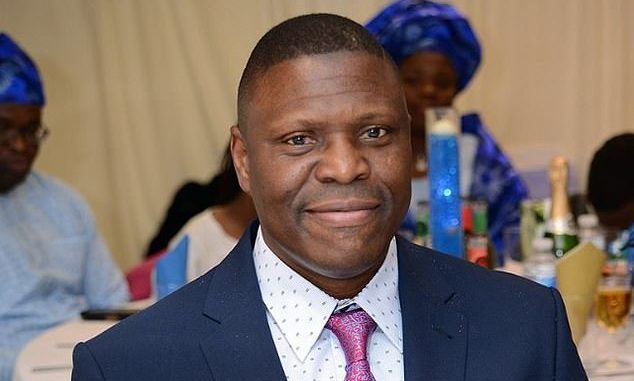 A Nigerian-born pastor in Britain, Gabriel Diya, 52; his daughter Comfort Diya, nine; and his son, Praise-Emmanuel Diya, 16, were on Thursday, December 26, named as the tourists who drowned inside the swimming pool at the Club La Costa World complex in Spain on Christmas Eve.

Daily Mail is reporting that Pastor Diya, who was a pastor at Open Heavens London in Charlton, which is a parish of the Redeemed Christian Church of God (RCCG) in south-east London, and his daughter were both carrying British passport while his son was travelling on a US passport, it has emerged.

His wife, Olubunmi Diya, 49, and younger daughter, Favour Diya, 14, were also on the holiday but were not affected during the incident.

On Thursday, the two of them were said to have told investigators that none of their relatives could properly swim and only nine-year-old Comfort had ‘some idea’.

But the exact circumstances of their deaths remained a mystery as resort chiefs said they had been given permission to reopen the pool and insisted a police investigation had found ‘no concerns’ with it.

The Redeemed Christian Church of God in south-east London on Thursday posted in tribute on Facebook: “With heavy hearts, we extend our condolences to the family, parish, friends and associates of Area Pastor Gabriel Diya who sadly passed away, along with two of his children … in a tragic incident while on a family holiday in Spain.

“At this very difficult time, our prayers are for Pastor Gabriel Diya’s family, the parishes that were under his supervision, friends, associates, members of RCCG and the general public.”

A neighbour of the family told Daily Mail of UK that she was “really devastated” to learn of the deaths, describing the Diyas as “very religious, very friendly, very humble.”

Another Nigerian living in Charlton, south-east London, Lara Akins, 59, describing the tragedy said: “I still can’t comprehend it, it’s still shocking. They are so nice, that is why everybody is shocked… we are very friendly with each other.”

Autopsies performed at Malaga’s Institute of Forensic Medicine also confirmed that the pastor and his two children died by drowning. Pathologists found no signs of any external injuries, or evidence they had been poisoned, during the examinations.

Related Topics:Redeemed Christian Church Of God
Up Next

“Instead of having many children, why not have the ones you can cater for”? – Emir Lamido Sanusi talks poverty in Northern Nigeria

Christians Being Slaughtered In Nigeria, Fani-Kayode Tells Sultan Of Sokoto