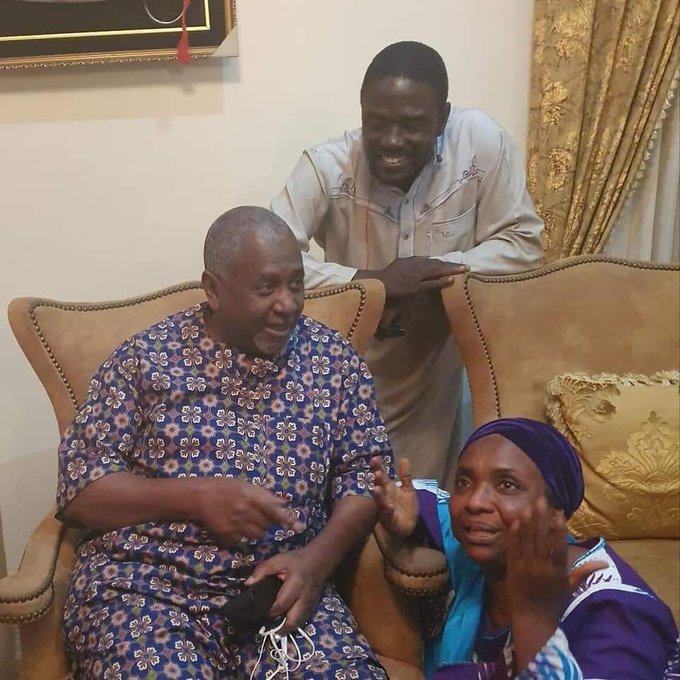 Dasuki stated this while speaking during a radio interview with the Voice of America, Hausa Service.

He was released on Tuesday evening, after four years in detention of the Department of State Services (DSS).

Asked if he felt his detention was revenge for the role he played in the 1985 coup which removed the Buhari regime, Dasuki said: “I am not aware of this. What I know is that God designed this to happen.

“Nothing more. I have no problem with anybody. I am more than that. I can’t engage in a feud with anyone.

“There is no call to be made to the government. You know everything that happened to one in life is designed by God. Ignorance and lack of understanding can make one to suffer himself… Anything that God destined it to be, it will be. You said I spent four years in detention, it is over and today. Only God knows everything that will happen tomorrow.

“What is important is for everybody to be fair. Everybody who is a Muslim and who go to the mosque knows that what the Imam preaches every day is to harp on the need for people to be fair and honest. There is a reason for this and we need to listen.”

Dasuki was arrested in 2015 over allegations of abuse of office and money laundering. But despite several court orders granting him bail, the government refused to release him.

The Former National Security Adviser regained his freedom after spending more than four years in detention.

Dasuki was released by the Department of State Services (DSS) on Tuesday in Abuja, following the directive of the Federal Government.

The Minister of Justice and Attorney General of the Federation (AGF), Mr Abubakar Malami, had ordered the DSS to release the former NSA, as well as the convener of #RevolutionNow protests, Mr Omoyele Sowore.

In a statement personally signed by him, Malami explained that the decision to release the two men was in compliance with the bail granted to them by the court.

A Senior Advocate of Nigeria (SAN) and lawyer to the former NSA, Ahmed Raji, confirmed the release of his client.

He thanked the AGF for ordering the DSS to comply with the various court orders granting bail to Dasuki.

Dasuki was arrested in December 2015 over an allegation of diverting $2.1billion arms funds while serving as the National Security Adviser during the administration of former President Goodluck Jonathan.

No word like Christmas in the Bible – Olukoya, General Overseer Mountain of fire says