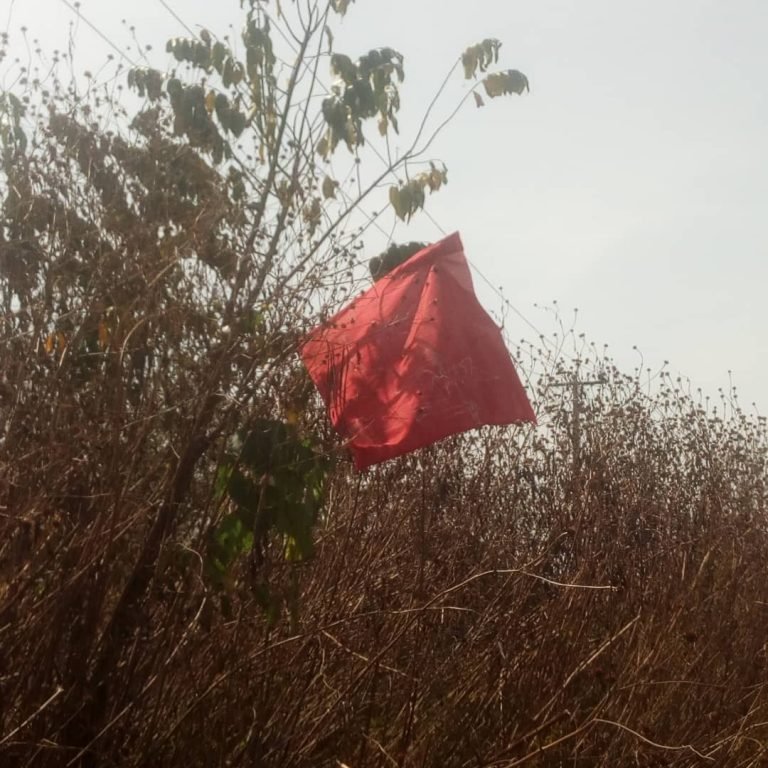 Residents of Orin-Ekiti in Ido/Osi local government area of Ekiti state on Wednesday protested against alleged invasion of parts of the community by suspected bandits.

TheCable Newspaper reports that the protesters led by Bamidele Fasuyi, onikare of Orin-Ekiti, said that their lives were under threat by the activities of the suspects who hoisted flags in the community.

They also alleged that the suspects had destroyed crops belonging to 70 farmers. Their placards had inscriptions such as: “Save Our Lives, We are in danger in Orin Ekiti”; “Save Orin Ekiti from Herdsmen invasion”; “We Are Tired of molestation by Herdsmen”; “We Won’t Allow them Chase us from Our Land”, “Government Must Relocate Herdsmen”, among others.

Addressing journalists, Fasuyi alleged that the suspects had occupied and destroyed crops planted on the abandoned 2500 acres of land at Orin Farm settlement.

“What they wanted is to to chase us from our land. They even killed one of our able-bodied men this year,” he said.

“They are imposing some curfew in this town because our youths can’t go to farm freely and the government has not been doing something. Several hectares of land have been destroyed. They operate with AK 47 at night.”

“I am not aware because nobody has come to report such development to us. As you mentioned it now, we will commence our investigations to ascertain the true position,” he said.

Related Topics:NigeriaEkiti state
Up Next